We found 2 Reddit comments about After Tarot Deck. Here are the top ones, ranked by their Reddit score. 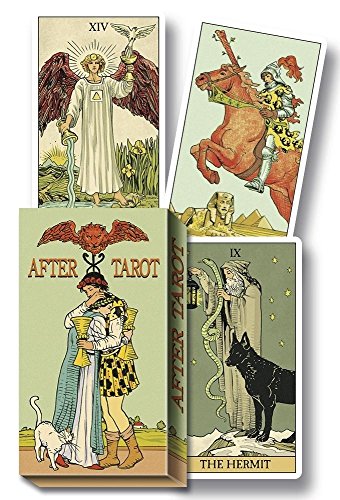 The left and right images are the Before Tarot and After Tarot, respectively. Which I realized I need to own after making this meme.

I just found out there are two really hip looking versions of the Rider-Waite Tarot deck that I've never heard of:

Tarot of the New Vision

Discover the hidden secrets of this popular Rider-Waite deck. Peek behind these well-known images and see what was, until now, just out of sight. What would the woman in the Two of Swords see if she took off her blindfold? Ever imagine someone or something behind the mysterious High Priestess? Change your perspective, add depth to your readings, and satisfy your curiosity.

After Tarot explores what the cards would look like just moments after the scenes with which we are most familiar. For instance, what would happen to The Fool moments after putting his foot over the cliff? Find out in the revolutionary After Tarot.