We found 2 Reddit comments about Ambiguities of Domination: Politics, Rhetoric, and Symbols in Contemporary Syria. Here are the top ones, ranked by their Reddit score. 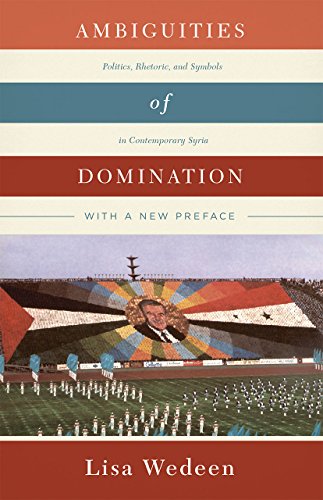 2 Reddit comments about Ambiguities of Domination: Politics, Rhetoric, and Symbols in Contemporary Syria:

If you want an actual answer to this question, it is not enough to examine Assad's (and the regime's) conduct since the beginning of the uprising in 2011. You can only get the full picture if you understand the composition and the statecraft of the regime since Assad pere wrested power from his intra-regime opponents in 1970. Some books worth reading are Hinnebusch's excellent primer on the rise of the Ba'ath Party (and later, the Assad clan) to power (Syria: Revolution From Above), Hanna Batatu's classic examination of [Syria's Peasantry, the Descendants of Its Lesser Rural Notables, and Their Politics]
(https://www.amazon.com/Syrias-Peasantry-Descendants-Notables-Politics/dp/0691002541), Lisa Wedeen on the cultural and ideological methods the regime uses to maintain power (Ambiguities of Domination: Politics, Rhetoric, and Symbols in Contemporary Syria), and Patrick Seale's highly readable book on Hafez al-Assad and his Struggle for the Middle East. A more recent work dealing with the economic underpinnings of the regime (Business Networks in Syria: The Political Economy of Authoritarian Resilience) is also worth your time.

In short, take a good look at the nature of the regime and its policies over the last four decades and decide for yourself whether it is incapable of committing the war crimes it is accused of. You could also go through the many detailed reports human rights organizations like Human Rights Watch have put together alleging regime crimes, most recently their report on the Khan Sheikhoun nerve gas attack and the regime's ongoing use of chemical weapons.

Not sure which country you are from, but my understanding of Syria pre-Arab Spring is that it was (other than Saudi Arabia) maybe the most heavily controlled, 'totalitarian' systems of any of them. Lisa Wedeen's Ambiguities of Domination was a great survey of the pre-2012 political control system. http://www.amazon.com/gp/product/022633337X?keywords=assad%20syria&amp;amp;qid=1453415444&amp;amp;ref_=sr_1_8&amp;amp;sr=8-8

Just a counterpoint to the idea that dissent could possibly be more monitored and quashed than ever before.