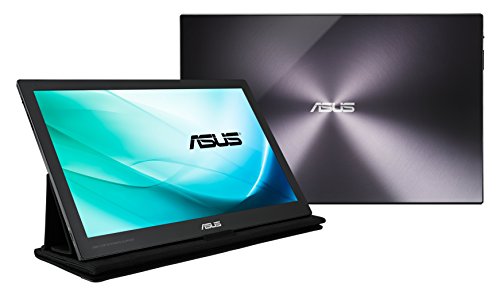 Moore's law is an observation and goal duality. And that is where it's relevancy stops. For the average person, the important factor is going to be power efficiency - and for the industry, do to the growing prevalence of mobile, again power efficiency (and there by the potential power and form factor of small devices can be extended closer to extremes).

So yes, the new CPU is only what, 40% better by raw numbers from the bench? but that is only part of the picture - at a guess, at peak load that new CPU is drawing close to 3/4 the power or less while having a 40% lead over the old CPU. And that, is where the improvement is.

A good (and somewhat extreme) example of the effort being put into power efficiency is the massive efficiency leap AMD made from their previous flag ship 9800 chip to the r7 1800x—talk about night and day. Even comparing the per core performance from jaguar CPU's which are a hell of a lot better, the Ryzen chips leave it behind in power efficiency let alone performance. And if you are wondering, Intel went through this type of phase around 15 years ago with the pentium 4 CPU's when everyone hadn't a clue about IPC, despite AMD having figured that out first. Some illegal business deals later and AMD's market share tanked - but that is for another day.

If you want a top end system that will have the best CPU ever, consider a mITX form factor with a USB monitor (like this one, using USB C/display port) for portability or build a full tower as it will be cheaper.

However, there is no way around it: Performance is no longer king, power efficiency while maintaining or incrementing performance is.

A USB Type C port can optionally output anywhere from 5V to 20V. I've used this portable monitor with my laptop and it works fine with just 5V from the laptop.

If you want to figure out the capabilities of your port, you can get one of these USB PD sniffers and inject a sourcecap packet, which will return a list of voltages and currents the port supports (if it supports any at all).

It's likely that the laptop only supports 5V. It might be documented in the manual.

I feel like this is something where most people are going to say just get the MBP because that's what laptops are kinda for. I always seem to get lazy responses that don't help me do what I'm trying to do when I have a weird request, but rather "just get the laptop", "It's not worth the trouble" or "Why are you doing that when MBP will give you what you're looking for".

I'm only thinking of your in-bed experience because I don't know where you plan on keeping your mini. I assume near your bed because even I wouldn't bother moving my desktop around my house.

But, if you're ok without the out-of-home portability which really is only logical with a laptop, you could use a Mac Mini in bed with the laptop stand. Wireless keyboard is no problem nor is a wireless trackpad/mouse assuming your Mini is close enough. The only issue I see is a display. Displays need an HDMI and a power source and they are usually big and bulky so not bed friendly.

I don't know your setup, or where you plan on having your mac mini but if you have an iPad you can use an app called Duet (or there might be others) to make an iPad as an external monitor via lightning cable. That way you only have one wire going to you bed which is no more cumbersome than a MBP power wire. A mini projector would work (again depending on your setup) if you have the space for just while in bed or if you just have a TV in your bedroom.

I know this might sound like a long winded obvious answer but, if you can figure out how to display your screen without more hassle than it's worth, I'd also want to get the mini.

I'm about 90% sure that The Switch uses this: https://www.displayport.org/what-is-displayport-over-usb-c/

Which is neat because then it's theoretically possible to use this: https://www.amazon.com/dp/B01C83BE06/ref=twister_B01GKN32HI?_encoding=UTF8&amp;amp;psc=1

I mean, I can't imagine why you'd necessarily want to, but it would theoretically be possible.

What's cool about the Alt DP over USB C standard is that both power and video are carried on the same cable so there would be no need for a power supply on the external monitor.

It could make for a pretty neat bigger screen but still on the go experience.

A USB C hub might be a good idea though so you could do power to The Switch and the external portable monitor simultaneously. I'm interested in trying this when The Switch comes out!

I think this is the one that several of my colleagues use. It works quite well. https://www.amazon.com/MB169C-1920x1080-Powered-Portable-Monitor/dp/B01C83BE06

I have been using This ASUS Monitor for a few months now. Its light high'ish resolution and the refresh is good enough to watch movies.

It has its own case and fits with my laptop in my laptop bag. Its powered off USB so only one cable is necessary to make it work. If you do not have a USB-C port they sell a USB 3.0 version thats slightly slower refresh I cant really speak to it.

You could get a USB-C monitor like the Asus MB169C+ which is very portable. No power supply needed and it’ll work with your MacBook Pro.

It's been working pretty well for me, granted I'm running on a Macbook Pro touchbar and have an extra portable usb-c monitor that I take with me most of the time, so I've usually got enough pixel room to work with.

Both Full HD with IPS panel and 15" but the panel doesn't seem to be the best looking at the reviews.

This might be something that would work. the catch is that HTPC needs to to have USB-C to run the monitor. And I am not sure how well it can run games. I know it uses display port over USB-C but I don't know where that USB-C display port signal comes from. It might only come from the on board video.

There are a few other brands for portable monitors that might work better for you. I personally like this one because it is 1080p, slim and gets signal and power from the same cable. I only use it for a secondary monitor for my laptop when I am out of town.

&gt;Which is neat because then it's theoretically possible to use this: https://www.amazon.com/dp/B01C83BE06/ref=twister_B01GKN32HI?_encoding=UTF8&amp;amp;psc=1

&gt;I mean, I can't imagine why you'd necessarily want to, but it would theoretically be possible.

&gt;What's cool about the Alt DP over USB C standard is that both power and video are carried on the same cable so there would be no need for a power supply on the external monitor.

&gt;It could make for a pretty neat bigger screen but still on the go experience.

&gt;A USB C hub might be a good idea though so you could do power to The Switch and the external portable monitor simultaneously. I'm interested in trying this when The Switch comes out!