We found 6 Reddit comments about Awol on the Appalachian Trail. Here are the top ones, ranked by their Reddit score. 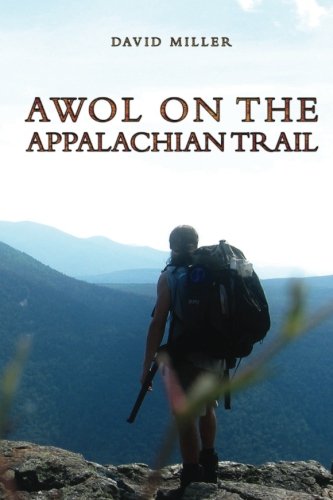 The author of the AT guidebook also wrote a book about his thruhike. He had a wife and kid(s?) at home and discusses this throughout the book. It's kind of dry, but I thought it was worth reading before my hike.

Fantastic. I love audiobooks while running. I listened to a good part of Stephen King's 11/22/63 during an ultra last year which was great, and I've been listening to them during training runs for a few years now.

My favorites to listen to while running:
Scott Jurek's Eat and Run. It is kind of fun to listen to a runner talk about running while you are running.

AWOL on the Appalachain Trail. Really great book about a journalist's experience in thru-hiking the AT.

Robert Kurson's Pirate Hunters really surprised me. Nonfiction book about treasure/wreck diving. I was mildly interested the topic before I started listening to the book but now it is a favorite subject of mine.

The Big Sleep - Raymond Chandler, of course. Great, atomospheric noir. One of the first audiobooks I ever purchased. Engaging and makes you forget the miles.

As mentioned, you should definitely get the latest AT guidebook. You may also enjoy reading Becoming Odyssa, Grandma Gatewood's Walk, and AWOL on the Appalachian Trail. I would also highly recommend Walking With Wired's 2014 AT blog.

I have always liked AWOL on the Appalachian Trail.

[I Hike] (http://www.amazon.com/I-Hike-Lawton-Grinter/dp/0985241500) IMHO paints the best picture of a thru-hike. Though it is not specifically AT, it also has short stories from the CDT and PCT. AWOL on the AT is a decent account of an AT thru-hike.

&gt; because why wouldn't they hold his job for that

I read a book by a programmer that left his job to hike the Appalachian Trail and got it back when he returned. He didn't have the job "held" for him exactly, but he talked to his boss before he left. The boss agreed there was a slow period coming up where they could be a man down and still do OK, and also that it was going to take them months to hire for the open position. The agreement was basically, we'll hold off on hiring your replacement and you have to apply fresh again when you're back, but I can't see why we'd hire someone else.

I also found the book interesting because at the end he said he was glad he'd done it but he was pretty sure that if he could go back in time he would not choose to do it.