We found 2 Reddit comments about Balkan Traditional Witchcraft. Here are the top ones, ranked by their Reddit score. 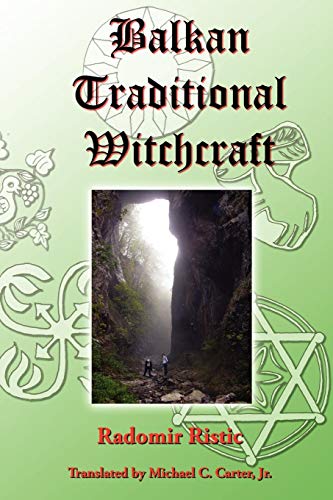 &gt; Could hoodoo be a good fit do you think?

Possibly. I think it really depends on you and your attitude about African Americans. Hoodoo is African American folk magic. It was created and promulgated primarily by black people, and it is an important part of black culture in America. If that's not something that you can appreciate and respect, than hoodoo is not a good fit for you.

Another thing that matters, I think, is your attitude about Christianity (and other Abrahamic religions). Hoodoo is largely Christian. The Bible is used as a grimoire. Many of the incantations are Psalms. If you are intolerant of Christians, and/or you can't wrap your head around and respect the concept of Christians practicing magic, then hoodoo is not a good fit for you.

But, if you're not a racist or a religious bigot, than I don't think it's really a problem. Hoodoo is not a closed tradition. There is history of cultural exchange between black and white folk magic practitioners in America, especially between members of the black community and the American Jewish community. Historically, many of the spiritual supplies marketed towards the black community (like what is now sold on luckymojo.com) were produced by Jewish chemists. And several classic hoodoo books were written by Jewish authors publishing under a pseudonym.

&gt; I grew up in the south and feel more of a connection with this than my own background.

I know what you mean. Most of the magical traditions of white Americans have been broken. At this point, hoodoo seems to be the most robust and best preserved system of English-language American folk magic. Hence, it is the most accessible. But you may also enjoy learning about German American folk magic, called powwow or braucherei. Also Appalachian folk magic, AKA granny magic. You might also enjoy this book: Balkan Traditional Witchcraft, for learning about contemporary Eastern European witchcraft.

Here's the current book I am reading: Balkan Traditional Witchcraft by Radomir Ristic

And the last book I read: John George Hohman's Pow-Wows, or a Long Lost Friend