We found 5 Reddit comments about Between the World and Me. Here are the top ones, ranked by their Reddit score. 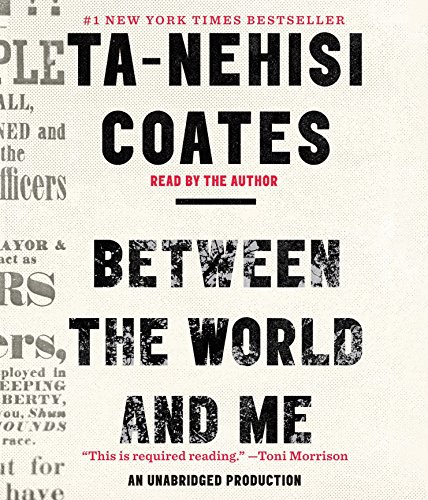 It's a really tough question to answer for a non-American. I encourage you to keep your non-American heritage in mind when trying to understand why the word is off limits and why it's not actually creating more racism.

Depending on how you like to learn/understand things, here is a variety of resources for you:

CNN talk with Marc Lamont Hill, I couldn't find the video in full on its own, so you can feel free to ignore the bias of the youtube speaker. Interview is from :40 to 6:10

Takeway quote from the above video: "I might see Trinidad James on the street and call him ‘my nigga.’ You know why? Because he is my nigga. And the difference between Trinidad James and you, is that Trinidad James has to deal with the same oppressive situations. He was born into a world where anti-black racism prevails. He lives in a world where police might shoot him on the street no matter how much money he has. We share a collective condition known as ‘nigga.’ White people don’t.”

Takeway quote from the above video: “I had a good friend who had a cabin in upstate New York, which he referred to as the ‘white trash cabin,’” Coates continued. “He was white. I would never refer to that cabin, tell him ‘I’m coming to your white trash cabin’ ― and I think you understand why.”

“The question one must ask is why so many white people have difficulty extending things that are basic laws of how human beings interact to black people,” he added. “And I think I know why.”

"When you're white in this country, you are taught that everything belongs to you"..."so here comes this word, that you feel like you invented, and now somebody is going to tell you how to use that word that you invented. You know, 'why can't I use it? Everyone else gets to use it? You know what that's racist that I can't use it!'"


Book: The N Word: Who Can Say It, Who Shouldn't, and Why by Jabari Asim

Book: Between the World and Me by Ta-Nehisi Coates

If, at the end of the day, you still think its divisive, that's ok. Here's Cornel West in a CNN interview on why that's ok.

Let me know if you haven any other questions!

&gt; Few writers have shifted political discourse in recent years quite as much as Ta-Nehisi Coates.

&gt; His seminal longform essay “The Case For Reparations” single-handedly forced a nationwide discussion about reparations for African-American descendants of slaves. After that, his memoir “Between the World and Me” was broadly hailed as the most thought-provoking meditation on race in the U.S. in an entire generation. And there’s over a decade of columns he wrote for The Atlantic that gave rise to innumerable other conversations.

&gt; But since 2018, Coates has taken a step away from non-fiction writing. He's focused on other projects, including completing his first novel, "The Water Dancer," which was released in September. The novel tells the tale of Hiram Walker, who was born into slavery in Virginia, and who comes to realize he possesses supernatural powers that could help him and others gain freedom.

&gt; On Monday, Nov. 4, Coates will be in Miami at the Adrienne Arsht Center discussing the book. WLRN briefly talked with him in advance of the appearance.

In terms of BLM, it might be worth reading some stuff by Ta-Nehisi Coates too; his book Between the World and Me is pretty good but his longform journalism for the Atlantic is better: check out "The Case for Reparations" and "The Black Family in the Age of Mass Incarceration". For a counterpoint, check out RL Stephens's critique of Coates here and in this excellent interview.


It's poetry, but Citizen by Claudia Rankine is quick and examines the ways that structural racism infiltrates people's daily interactions. Here's an excerpt.

Edit: one more, Keeyanga Yamahtta Taylor's From #blacklivesmatter to Black Liberation is excellent!

Also to add, since I'm no expert in this field, I would suggest further reading on this topic including: