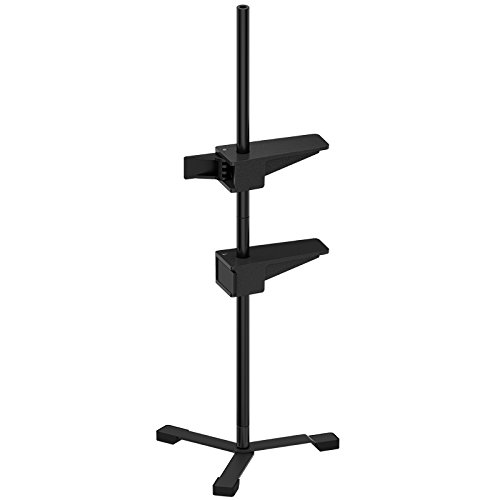 LOVE it. looks awesome and I think the effort really paid off.

my only question is, where did you buy the mount for the GPU? Not the PCI Extension cable, the part where it mounts the case.

edit: found it. but where did you buy it?

edit 2: oh, fuck me, it's on Amazon, now. a few months ago, you'd be luck if you got the notification from coolermaster before they sold out. I though I'd come back and leave the link incase someone else wanted it

It does have it, but it's an aditional accessory you have to get. Cooler Master, CableMod and Lian li sell them.

I used this Cooler master vertical graphics card mount extension. Be warned that it will require a dremel to remove some of the metal to make it fit.

This is what you need. Y’all also have to cut the pci brackets on the back of the case of to fit the vertical gpu mount.

Cooler master vertical gpu mount. It works well but watch the clearances on your memory.

To add on to this, I got mines from Amazon for ~54 w/ tax and shipping.

The Cooler Master store, sells just the bracket for 20USD.

Thank yea, I had a blast actually doing it. the mount is made by Coolermaster.

Generally it's indicated in the name, for example the wireless version of that motherboard is called "Asus TUF GAMING X570-PLUS (WI-FI)" Other motherboards will have "AC" in their name, lots of higher end boards also just come with it, but you will have to check the product pages on them.

If there's a built in mount to the case you can do it, but with risers like this one you can't do it with mATX or ATX.

I double checked compatibility and clearance, if you like the look of the Kraken you can get the x52 which is 240mm and top mount it. It will clear the memory with that motheboard. I don't particularly like the performance of top mounted 240mm AIOs as it's no better than the large air coolers I mentioned in my previous comment, but it's an option if you like the look.

Had to cut 2 or 3 of the horizontal metal bars at the back of the case though.

Thanks. There’s some things you need to know though.

You’ll have to cut all of the slots out with some side cuts or something.

Here’s a vid to show exactly what to do- https://youtu.be/m2WaKMM0ZvM

I was going to use this mount with the case.

Something like this may also be helpful then. It hasn't been out long and hopefully they will be restocking it. You also have this one which is more specific to Cooler Master cases but you could mod it to fit differently if you cut a side panel. Brackets just might make things easier for you.

I'd advise not to do that as you'll choke your GPU airflow do not vertically mount your GPU unless you're liquid cooling it or have adequate airflow space with something like this https://www.amazon.com/dp/B071P862G1/ref=cm_sw_r_cp_apa_i_ZKWCDbYX8P1XV

I've found the coolermaster vertical gpu holder. I noticed that it isnt made for my S340 but I've come across someone who might have done it. Not 100% sure about this though. Do you think this might fit?

It is this model which you want to buy?
https://www.amazon.com/Cooler-Master-Accessory-MasterBox-MasterCase/dp/B071P862G1/ref=sr_1_2?s=electronics&amp;amp;ie=UTF8&amp;amp;qid=1520776585&amp;amp;sr=1-2&amp;amp;keywords=cooler+master+gpu+vertical&amp;amp;dpID=41FmT88aYVL&amp;amp;preST=_SX300_QL70_&amp;amp;dpSrc=srch

I’m using the CableMod Vertical PCI-e Bracket . I wasn’t able to get the new vertical GPU bracket by Lian Li made for the Dynamic XL. But this one works just fine, easy installation.

Although I have read that with the CableMod bracket with the original O11 Dynamic case, you won’t be able to install the 3 bottom fans because of how the bracket is situated.

Cooler Master Vertical GPU Mount this mount allows you to install a vertical GPU and also install the 3 bottom fans, from what I have read. Hope this helps!

it'll be ordered separately, i believe something like this or this will be what you're looking for. cablemod makes em, as well. it's a bit of an added cost so you don't have to do it of course, but to get the maximum of your GPU aesthetics i think it's a neat idea.

For the gpu sag, if: you have a bit of money to spend and dont forsee using a pci card in the future, I'd reccomend you just go vertical.

Your current case should be able to support a mounting bracket like this: https://www.amazon.com/dp/B071P862G1

It will cover up 7 pci slots (though there is a bit of a gap, on my last build I used a pci 90 degree + pci extension for my wifi card, new build didnt require it)

And unlike cases with prebuilt vert mount, this bracket would move your gpu towards the center of the case instead of against the side panel so thermals aren't an issue.

Unrelated, but im looking to vertical mount my Video card too, how did you do it? Did you get the coolermaster kit? Or did you just dremel through the grill and stick it in? Btw i have the MSI gaming x trio rtx 2080

My coolermaster did come with a PCI-e Riser cable https://www.amazon.com/Cooler-Master-Accessory-MasterBox-MasterCase/dp/B071P862G1/ref=sr_1_1?ie=UTF8&amp;amp;qid=1549305159&amp;amp;sr=8-1&amp;amp;keywords=cooler+master+vertical+gpu+mount

&gt; The whole point was to prevent GPU sag but I guess I could run some bends to keep the card propped up.

I'd get creative with some form of pillar or even do something with suspension like in Pi.

I'd do something novel with suspension from above.....but I've got a horizontal motherboard in the HAF XB case.

I've looked into such vertical GPU mounts before for the sake of something novel(gpu laying fan-side up in my case) and I keep coming to the same issue, awkward cabling / plugs.

The only way around it that I see would be to cut into the case to allow for this from Cooler Master or something like it for full access to the back of the card and to use normal cables.

Not sure if your case would need cutting, but most have bars or slats between/under the PCIE covers.

/u/timxhorton posted a build with this bracket yesterday. Looked pretty good and wasn’t forced up against the glass.