We found 9 Reddit comments about d-c-fix self-adhesive window film Milky 17.7'' x 78.7". Here are the top ones, ranked by their Reddit score. 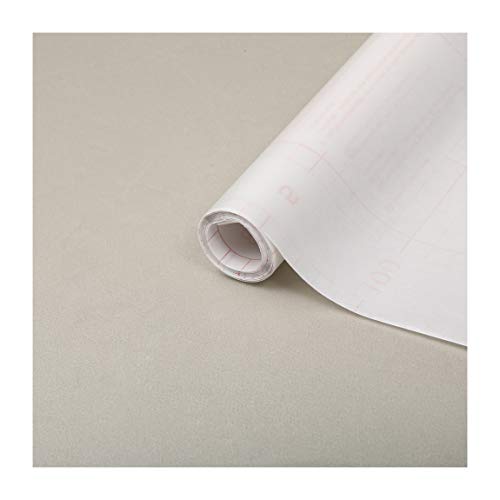 I have a light that I'm particularly fond of, but I find its beam too focused and "throwy" for edc use, so I made a removable diffuser for it.

I started with DC Fix film. Its a common product sold as a window treatment. I've used it before on other lights, but I wanted it to be easily removable in this case. So here's what I did:

First, I laid a bit of Saran Wrap out on my kitchen counters as smoothly as I could and stuck a square of DC Fix right in the flattest spot. Then I laid my light's bezel upside down on the square to use as a template. After tracing and cutting around the resulting circle, I'm left with a small circle of DC Fix, stuck to clingy Saran Wrap. It'll easily stick to my kitchen windows. With the light reassembled, it just lays right in.

It seems to stick very well and doesn't fall out on its own. I can't get it out by hand at all, not even with my fingernails. I have to take the point of a knife along the edge to pop it up out of there. Time will tell, but I think it'll hold up quite well.

To show the effects, I took two whitewall beamshots at pretty close range, probably 1.5 meters or so with camera on full manual, so no funky exposure tricks. Then I took two "real world" beamshots in my kids' toyroom at about 4 meters. Again the camera was on full manual but it kinda overexposed a bit. I should've taken a bit more time with it, set up a tripod, etc, but I didn't. Hopefully its still illustrative of the difference.

You don't need to buy another light. You could get an OP reflector or a 60° TIR lens directly from Simon. Or put some DCFix milky over the lens. Or send the glass lens through some 220 sandpaper. Or convert it to a triple.

diffusion film, yeah. Its awesome at cleaning up beams..

It's a film designed to obscure clear windows, but the flashlight community has discovered that makes a fantastic diffuser material to stick on to flashlight lenses:

I don't think so, but only because of the high CRI request. The Jetbeam E10R, Fenix RC05, and Skilhunt M150 all meet most of your other criteria (the Jetbeam is pretty focused, though it's actually got the nicest LED). You could look into swapping LEDs on any of those, or you could just get the Jetbeam and slap on some DC Fix to flood out the beam. It won't be high-CRI, but it'll have nice tint.

I see. Then I agree with the Q8 recommendation but I know you want it floody so what I'm thinking, what if you added a DC Fix (Sand) window film to the glass? It's self adhesive and should give a nice floody beam to the Q8. You could always purchase an additional lens so you can swap out between the two in case you'd ever need the light for other purposes.

This. I can buy a lifetime supply of it for 5 euros from a local store. Even Amazon has it for, albeit for a premium.