We found 3 Reddit comments about D-yun Fake Car Motor Bicycle Alarm No Wiring Only Flash. Here are the top ones, ranked by their Reddit score. 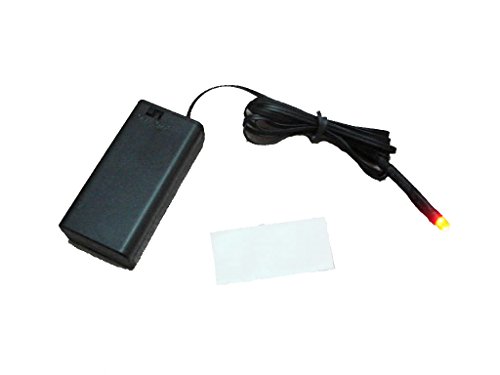 That's crazy. Good thing it was just a tweaker and not a total psycho. Ford Transits are super easy to get into. Pop off the plastic lock shroud and turn the entire locking mechanism a few times and the door unlocks. You would have noticed that though. Maybe he used a wedge and a slim jim or something like that.

Get a simple blinking red light fake car alarm. Place it in a good spot that doesn't give away the whole show of course and tweakers will think twice about trying to get in. To prevent your ride from getting stolen though, find a clever spot to put a kill switch. Even then they are easy to bypass, but thankfully most thieves will move on to the next car pretty fast if they encounter some difficulty.

I had my GSXR600 stolen a few years ago, luckily I put GPS on it and I was able to recover it. I left it unlocked at my old apartment complex (used to chain it to a post with a huge Kryptonite MC chain/lock) for less than 6 hours, ONE TIME, and it was gone.

Besides using a disc brake lock, I also bought one of these:

It’s just a flashing LED, and I velcro’d the battery box to the frame underneath a fairing, so I can still switch it on and off easily, and change out the batteries. Then, I put the LED kind of near the triple clamp so that you can see it blinking if you were to sit on the bike, or look near the gauges. I use Lithium batteries and the thing lasts for 4 months or so, sometimes I even forget to turn the LED off for weeks, and it still doesn’t die. I would say this is absolutely worth the $10 on amazon.

Most bike thefts are just crimes of opportunity, and if someone sees a little light blinking down near your gauges, the best you can hope for is that they move on to someone else’s bike.

I recommend a disk brake lock, but with Groms, the things are so light that it’s not really hard to just pick it up and put it in the back of a truck and drive off. So don’t rely solely on the disk lock. Locking it to a post with a serious chain is much better than just a disk brake lock, but then you have to bring a chain with you in your backpack. I used to use this one at my apartment complex, but there's no way you could carry it around in a backpack, the thing weighs like 20 pounds. (Also, you can see in the reviews plenty of people still cut through these. A battery-powered angle grinder will pretty much get you through most locks/chains. Which is why the goal is just to make your bike harder to steal than all the other bikes around it.)

The thing with bikes is, if someone wants it bad enough, they will take it. Whether that means using a cutoff wheel to cut your chain in 15 seconds, or picking it up and putting it in the bed of their truck, etc. The best thing you can do is make your bike harder to steal, so they are less inclined to steal it.

If you want full protection, I highly recommend buying a GPS unit, I have two SpotTrace units that I bought on Amazon, you pay monthly but there is a promo code rn for 50% off of an annual subscription, so I think I got a whole year of service for $100. Their app works pretty well too, and if you use Energizer Lithium batteries, they last for several months. The ONLY reason I was able to recover my GSXR was because it had GPS. If it weren’t for that, I’d have never seen it again. There are other GPS units on Amazon too, SpyTech (I think?) makes one that uses 4G data, so if you live somewhere with good cell coverage, that's a good choice too. I think SpotTrace uses satellite data, so it's good for Boats, hot air balloons, etc (things that travel far outside of cell coverage) but it has also always worked well for me on my cars and bikes.

EDIT: The only reason I don’t like disk brakes with alarms is that some of them are so sensitive that they start going off every time the wind blows. You don’t wanna be the guy in your neighborhood whose alarm is going off every 15 minutes while you’re not home. Also, I’ve seen people pretty much “silence” those alarms with chewing gum.

EDIT 2: Also, know that the handlebar lock (the one you engage with your key) is a joke. Most bikes handlebars can be unlocked by sitting on the seat, leaning back, and kicking the bars using your legs and leverage. Sure, it will break the lock mechanism, but the thief doesn't care.

You can buy a little setup from Amazon that includes a blinking light that’s battery powered and easy to mount;

Also, read some of the reviews about how others mounted theirs. The blinking light might make thieves believe there’s a wired alarm. Of course if they’re real pros they’ll take a closer look and not be put off. But you can only plan for so much. Just a few bucks and better than nothing.