We found 11 Reddit comments about Deadpool & Cable Omnibus. Here are the top ones, ranked by their Reddit score. 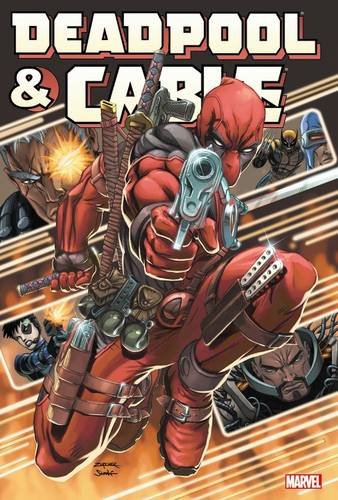 There are a few different places you can start:

If you HAVE to start from the beginning just read the first 24 issues, you can then skip over to Claremont's era

My recommendation would be to either start with Chris Claremont's 1st era (aka 70's) &amp; 2nd era (aka 80's) on Uncanny X-Men or from 2001-ish (aka modern X-Men) time period onwards onwards. Either way just skip the 90s for now, you can alway go back to that later.

If you like a wackier Deadpool then Daniel Way's Run (1of4)

Also go check out /r/Deadpool. There's lots of reading lists on there as well.

Cable and X-Force: Dead or Alive

Most people suggest Joe Kelly's run and Cable &amp; Deadpool (you mentioned you already read that one.)

I started with the current run by Gerry Duggan and Brian Posehn and it's generally considered pretty good as well. Apparently nobody likes Daniel Way. Poor guy.

I'd start with Cable and Deadpool. It's a good storyline, accessible to a new reader and cable is going to be in the next movie unless they were just fucking with us with that end credits scene.

Here is a book that collects the entire thing.

I just purchased this. I doubt I'm the "my salary is high enough to purchase expensive comic books" kind of person, but hey, drunk me has good taste.

You can get the omnibus for $125 on Amazon if you want a physical copy.

&gt; Is this the right one for Kelly?

But it's cheaper to just buy the Joe Kelly hardcover omnibus. It contains all the content from the first 5 volumes of Deadpool Classic, which will run you about £107, whereas the omnibus is £61.

I would also highly recommend the Deadpool Minibus as well as the current run by Brian Posehn and Gerry Duggan.

Deadpool Classic Volume 1 may be the best place to start since it has the first appearance of Deadpool and 2 awesome 4 part mini-series that take place before his first true solo run. This collection also has the first issue of his solo run from 1997, which is his first "true" solo run.

Next is the Joe Kelly solo run which is a really strong little ditty. I quite liked it. I want to say it's 33 issues, which takes us to the millennium.

I'm not sure what takes place here, from 2000ish to 2004ish, and I want to know. I want to read all of the Deadpool stuff, because he is my favorite solo character, and since he's been around for just over 20 years, I might be able to read it all in a small amount of time.

After that gap is what I consider to be my personal favorite, Cable &amp; Deadpool which is very strong, poignant, and hilarious.

After that is Daniel Way and people love to jerk each other off about how bad it was. I have heard mixed reviews, some say it starts good and putters, others say it's a Flanderization of Deadpool. I haven't read it, but I plan to.

Then you got the Duggan and Posehn run which starts here and runs up to relatively recently (I think it may have ended this year). I read the first 5 volumes over the past week and a half, and have quite enjoyed it, but I like the Kelly run and C&amp;D run better.

I really want to read this! Is it in this?