We found 2 Reddit comments about Death Movements: The Suicide Cults. Here are the top ones, ranked by their Reddit score. 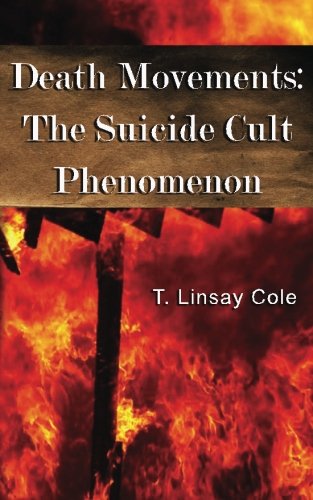 Most of the time groups commit mass suicide because the leader is in trouble with the law, or is in fear of losing members because of internal drama, politics, etc.

Jim Jones and his folks all died because Jones believed he was losing his grip on his people. It's been suggested that Jones did NOT order Congressman Ryan murdered, and that those were Jonestown members acting on their own accord. Regardless, Jones was sure the US Government would come in and shut them down, so he ordered the suicide.

The members of Order of the Solar Temple (OST) committed suicide because the leaders said a baby born outside of the group's permission was the anti-Christ and they ended up killing the baby and the parents. There was a lot of police pressure, the leaders saw their power eroding, people leaving, police investigations, so they called for the mass suicide.

Marshal Applewhite of Heaven's Gate was under pressure and was losing a lot of members. So he tightened his grip, which made more members leave. With Do dead, and with him losing control and losing members, he concocted this comet idea and they all killed themselves.

There are more, but these are the big ones. As for murder, OST murdered the anti-Christ baby and the family, Manson's family committed murders, in the end, Jonestown people were said to have murdered some people who didn't want to drink the poison and they killed the Congressman.

So I suppose the bottom line here is that it's simply too hard to predict which groups will cross that line and commit murder, and which groups will commit mass suicide. There's really no telling, because any tightly controlled, insular group is capable of doing either under the right circumstances with the right type of leader. But skip 5 years earlier for Jonestown or Heavens Gate and I bet no one would have thought that mass suicide was possible.

One book that does a good job of pointing out all of this is:

Cole does a good job of keeping it short and sweet, but really points out all of the inner political drama and the real reasons for the leaders eventually calling for mass suicide -- in most cases it's because they were in trouble with the law and their reign was about over, or it was because they were losing members and felt their empire was crumbling.

Check out this book. It was REALLL easy to read (and I dislike reading). Small book, big print, interesting content.