We found 1 Reddit comments about Erlenmeyer Mug (500 ml). Here are the top ones, ranked by their Reddit score. 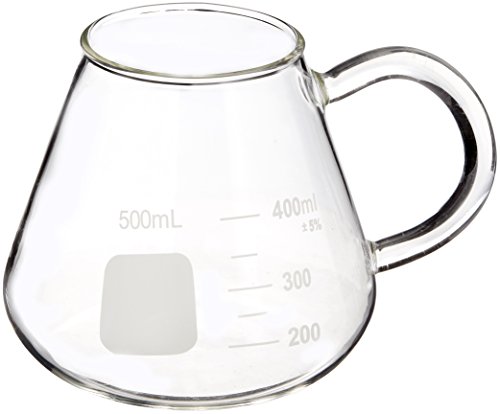 These unique mugs are cut down from Erlenmeyer flasks and resist tipping and spilling.Related Items: GL-510, GL-260A, GL-400A
Check price on Amazon

This is going to be long and boring, but this is sort of where I dump all these thoughts, so...

Eight months ago, I asked out this girl I'm really into. She turned me down. She'd just gotten out of a 7-year relationship, and also she didn't like me that way.

Cool, whatever. We've stayed friends. I still have a crush on her, but I've been mostly focusing on myself, trying to become a better person.

I've had a rough year and I was asking her to hang out a lot. A couple months back, she noticed and wanted to reiterate that we're just friends. We talked about it and I told her I still thought she was adorable but I wasn't looking to change things.

We started talking more after that. She was seeing a guy for a little bit but she didn't like how he treated her so she broke things off.

Then last month, out of the blue, she thanks me for "not being a jerk." One of her friends had asked her out and was a huge asshole when she turned him down. We had a long talk about relationships. I told her she's incredibly sweet. She said she just wanted to find someone who would treat her right. I mentioned that I knew a guy who would, she laughed.

Then last week, she suddenly left for her hometown. Got on a plane and took off for a few days. I was worried so I asked her about it. She had a family emergency, we talked for a while about how she and her family are doing. She hasn't told anyone else, except a couple coworkers who saw her crying one day.

I know she likes farmers markets so I invited her to come out on Sunday with another friend of mine. She brought a guy... she said he was a friend. I get the feeling if they're seeing each other, it's extremely early.

My friend was a good wing-woman, she would talk with the other guy and I would get some one-on-one time with my crush. My crush told me not to mention anything about her family, because she hadn't told her friend anything.

After we parted ways, she messaged me saying "Thanks! You're the freaking best." I asked her what she was thanking me for and she said "I don't know, for being so nice and putting up with me."

Yeah, so I have no idea if I'm making any headway or if she's categorized me entirely as a friend.

I got her a Christmas present. She's a bio grad student. I got her this Erlenmeyer mug. I'm going to put it in a gift bag with some coffee and tea, for all her late-night lab work.

I'm hoping to drop it off at her lab tonight. She usually works late. I'm going to pretend I happen to be in the area and ask if I can swing by. After the holidays, and things settle down with her family stuff, I want to ask her out again.

TL;DR: Hopelessly trying to turn a "no" into a "yes." No idea what I'm doing.