We found 5 Reddit comments about Fear the Sky (The Fear Saga Book 1). Here are the top ones, ranked by their Reddit score. 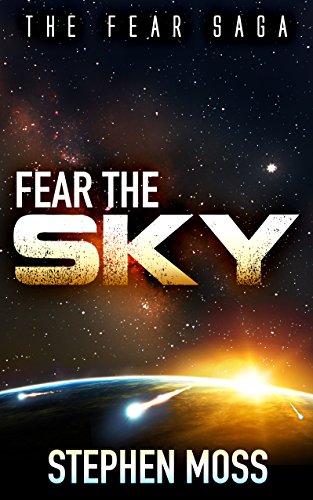 5 Reddit comments about Fear the Sky (The Fear Saga Book 1):

I am curious what serious research has turned up on this subject, but I've read two science fiction novels that discuss a space elevator disaster:

In Kim Stanley Robinson's Red Mars, a space elevator extends from the surface of mars and is severed, causing it to fall to the surface, wrapping around the planet and inflicting terrible destruction.

In Stephen Moss's The Fear Saga, a space elevator from earth is cut, but instead of falling to the surface, it floats off into space.

My understanding is that the latter scenario is more likely. The "Spaceward Foundation" asserts that:

&gt; In fact, if the Space Elevator tether were ever to break, us Earth dwellers will be hard pressed to even know that it did.
&gt;
&gt; Consider this:
&gt;

That would be pretty awesome.

In the book Fear the Sky, a surfer dude working at an astronomy lab discovers something somewhat similar if you'd like to read something along those lines.

There's an awesome trilogy of books called The Fear Cycle. The author must have done a crap-load of research, because the story includes a lot of just-over-the-horizon technology, including space elevators.

I think you'll really enjoy the Fear the Sky trilogy by Stephen Moss. Best scifi audio book I've heard in a while, and the Narrator RC Bray (who also did the Martian) contributed another masterful performance.