Reddit reviews Inside Gamergate: A Social History of the Gamer Revolt

We found 10 Reddit comments about Inside Gamergate: A Social History of the Gamer Revolt. Here are the top ones, ranked by their Reddit score. 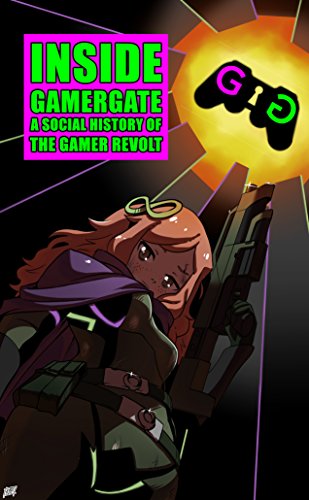 10 Reddit comments about Inside Gamergate: A Social History of the Gamer Revolt:

There are a multitude of threads about Kill All Normies being a pretty bad source here. You might be able to glean some points from it, but I'd suggest going further into the sources it cites, rather than the book itself.

James Desborough's Inside Gamergate: A Social History of the Gamer Revolt is very much an insider's view of the whole affair, though is probably (and obviously) biased in one direction.

In specific regard to discrimination, look into #NotYourShield, covered in Desborough's book, which was a specific response to the allegation that GamerGate was racist, sexist, homophobic etc and entirely made up of straight white men, in which minorities of various types who agreed with the movement declared their support for GamerGate.

Might I suggest some of Brad Glasgow's articles? He's a really good guy.

Talking to him is probably a good idea. He's done loads of research into GG and would probably be happy to help. He's @Brad_Glasgow on Twitter...

Have a read of Jim Desborough's book too (I think it's free with Kindle Unlimited) for the other side of the story:

this is not a review, this is an excerpt from a book

(a book that crowdfunded a whoppping 1.6k lol)

gamergate: still not knowing what a review is all these years later

For those who are curious, Milo's "Dangerous" has around 25K sales between hardcover and kindle editions.

Zoe Quinn's "Crash Override" has around 1500 sales between hardcover and kindle.

Grim Jim's "Inside GamerGate" has around 230 sales between paperback and kindle.

All of these numbers taken from novelrank, which pretty much only cares about Amazon sales (ignoring all brick and mortar sales, sales direct from the publisher, and kickstarter/patreon/whatever preorders).

&gt; Maybe you can write a better article?

I'd have to write a damn book to describe all what happened. (As some already did, like https://www.amazon.com/Inside-Gamergate-Social-History-Revolt-ebook/dp/B074PC6318)