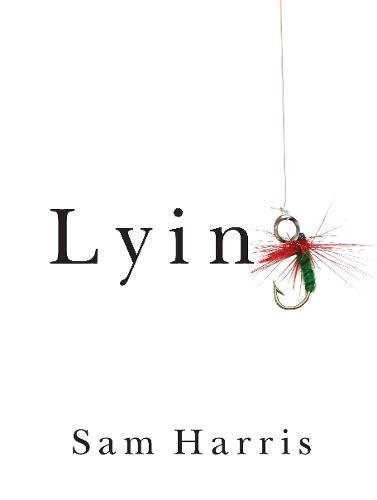 join us at /r/samharris =)
Oh, and check out Lying. That's the book that changed my daily life; some of my favorite writings from Harris have little to do with religion.

I love this question!

To me, being yourself means being completely honest with other people about what you think and believe, and also having the courage to act on what believe. If you are unsure about certain beliefs, then I believe one should also be unafraid to preface what they say about their certain thoughts/beliefs with "I may be wrong about this, but..." or "I'm still thinking about this one, but...".

For example, Ray Dalio's Principles: Life and Work begins with the following line: "Before I begin telling you what I think, I want to establish that I'm a 'dumb shit' who doesn't know much relative to how much I need to know. Whatever success I've had in life has had more to do with my knowing how to deal with my not knowing than anything I know."

I think the condition of not knowing as much as you need to know in order to make a decision is relatively close to the condition of all of us. There is always more for us to know, and we don't have enough time to learn everything we need to know about the world. Accordingly, I think the most productive outcome and strategy for everyone is one in which we are all honest about what we believe. I also believe that what is most beneficial for humans is often rewarded in the long run, which is why strategies like reciprocal altruism, tit for tat, forgiving tit for tat, and tit for two tats have been proven to be more evolutionarily beneficial than those in which we repeatedly stab each other in our backs.

Neuroscientist Sam Harris also wrote about this in his book Lying, in which he very strongly defends the idea and importance of persistent honesty.

well. A book that changed my life back when I was 15 was Walden from Thoreau. I threw away everything I owned. yeah I mean everything even my bed. I own nothing that dates from before I was 15. Would this have the same effect today? who knows.

back then, the book Beyond Good and Evil by Nietzsche had something to to with me ''taking a break'' from school, contributing too did: genealogy of Morals, into the wild, Adorno - dialectic of Enlightenment ( had no idea what that guy was talking about back then but made me real queasy about the world nonetheless.)

books that changed my life recently: Lying from Sam Harris. Steven Pinker - Enlightenment now made me pick a lot of fights with people who like to hate this world.

Insanity of Normality made me forgive some people I had real bad feelings toward, though I'm sceptical now of what is said in the book

unless you understand german you won't be able to read this: Blödmachinen , made me a snob in regards to media. Bernard Stieglers books might have the same effect in english

oh and selfish gene by Dawkins made me less judgmental. Don't know why. I just like people more

oh lest I forget: Kandinsky - Concerning The Spiritual in Art made me paint my appartement black blue; Bukowski and the Rubaiyat made me drink more, Born To Run made me run barefoot, Singers Practical Ethics made me donate money and buy far less stuff.

I agree that in many cases it's a "false reward", but a spiritual experience does not have to be a reward for believing in lies. The word "spiritual" isn't clearly defined and certain meanings don't involve tricking yourself.

Sam Harris, who is heavily against lying, has a book on that topic: Waking Up: A Guide to Spirituality Without Religion

This also a good read about lying as well and its pretty short. https://www.amazon.com/Lying-Sam-Harris/dp/1940051002

Just based on the cover, it might be Lying.

I disagree with the current top comments strongly. By surrendering your integrity, you lower yourself to be no better than the church and it's leaders. You're 'lying for the Lord' in a way - something we constantly criticize TSCC for. Don't lie; be honest with yourself and those around you.

As a side note, I highly recommend Sam Harris's long-form essay 'Lying' for a non-religious take on why honesty is so critical. http://www.amazon.com/Lying-Sam-Harris/dp/1940051002 The audio book is $7, and worth every penny.

I had a paradigm shift after reading "Lying" by Sam Harris

It's an extremely quick read, probably an hour total, but Harris clearly articulates the problem of lying, specifically spending time on the little white lies that most people tell everyday and how it erodes our relationships.

It sounds like there is a lot of variables going on in your situation, but if you're looking for a change of perspective, I suggest taking this book for a spin and try spending a day without lying. It can change your life.

This has been a massive problem for me in my life and still something I constantly struggle with. My therapist recommended this book, and I'd back her up on that. It's a great read, it also teaches you that it's ok to admit that you've lied. For example, if you're telling someone something and you realize it's false, simply say "actually, I have no idea why I just said that, that's not true. What actually happened is X". The idea is also to be more mindful of working through what you're about to say before you say it, and when you get the impulse to lie, cut it off right away.

I was asking a legit question, not trying to discredit him.

I like his point about being a "steel man" for arguments in a debate.

But his post about Seth Rich that I am referencing was short, and a lie, not an argument.

He also is admitting that he posts certain ideas just to see how they will do in a sub, out of curiosity. When someone admits to trolling "for fun", I think it does effect the credibility of their arguments.

The recent post that I am referencing claimed that "Seth Rich's parents recently thanked the internet sleuths for looking into his death."

This is false because the video isn't recent. And the video was thanking people for donations. And I am guessing he knew that before posting.

Sam makes the point better than I ever could.

In his book, Lying.

Sam Harris wrote an interesting piece about why lying is bad. It's only 100 pages, so it's a pretty quick read.

I disagree with a lot of posts here. They're your parents. If you think they deserve to know the truth, then they do. At the very least they deserve not to be lied to. That said, I don't think the difference between "Big A" and "little a" is much of a lie. But if you feel they make a big distinction and you feel you've knowingly hidden behind the "little a", then perhaps that would be considered a lie.

I also feel that all people deserve to be told the truth when you've decided to discuss something with them. So you could say "I don't want to talk about it." That's not a lie. But if you decide to come out or answer someone's question, then the answer has to be the truth. It requires a level of tact, but it can be done, and will be better in the long run.

It sounds like your parents handled it really well given some of the horror stories you hear on here. But the usual advice of not saying anything until you're financially independent is still solid advice. Maybe continue as an agnostic in their eyes until you're out on your own.

&gt; But what if they found out it wasn't really hers?

That's like saying everything is a-okay as long as you don't get caught. Here, read this.

If you look at the comment I was replying to, that person specifically said that giving a fake number is useful to avoid awkwardness. The rest of the comment remains the same, whether you're trying to avoid awkwardness or a physically violent situation. I would say if you have reason to believe you are in potential immediate danger, the last thing you should do is stay around long enough to humor them and increase the risk by being blatantly dishonest. I also think that you're assuming a worst case scenario where it isn't necessary. Is there any other scenario in life where it is socially acceptable to exercise full-blown prejudice? What would become of our lives if we took all worst case scenarios and assumed them in any other similar situation? Did you look at the image in the original post at all? Do you think she gave him a fake number because she was in imminent danger? Do you think violent rapes actually start with a guy asking a girl for her phone number? I'm not saying you shouldn't recognize your vulnerability and act in ways to preserve your wellbeing. But from a defensive perspective, that would mean not putting yourself in situations like that at all, wouldn't it? Here is a link to a book that completely changed my perspective on lying, if you're interested. =) Lying https://www.amazon.com/dp/1940051002/ref=cm_sw_r_cp_api_GYcWzbEFV7NV6
&amp;nbsp;
Overall, it behooves you and I both to be honest all the time. You can try to make up excuses, be sexist, and exaggerate your circumstances to explain your dishonesty, but it does not help you in the development of your own character.