Reddit reviews Manson: The Life and Times of Charles Manson

We found 1 Reddit comments about Manson: The Life and Times of Charles Manson. Here are the top ones, ranked by their Reddit score. 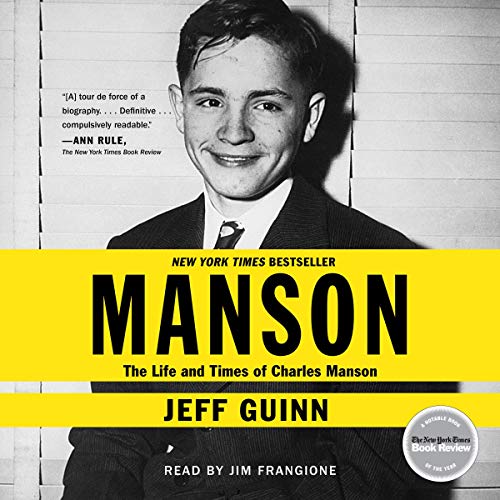 This excellent book clarifies better than any other I have read -- certainly including prosecutor Vince Buglisosi's self-serving Helter Skjelter -- how the very unfortunate baby son of a maternal mess was conditioned, in-doctrine-ated, instructed, socialized, habituated, normalized and neurally “hard-wired” into paranoid suspicion of others -- including the honky- and paddy-hating non-whites -- he encountered in the juvenile (in)justice system of the 1940s and '50s.

If there's anything truly significant to be learned from Manson's life, it is how having been neglected, ignored, abandoned, discounted, disclaimed, and rejected, as well as invalidated, confused, betrayed, insulted, criticized, judged, blamed, ridiculed, embarrassed, humiliated, denigrated, derogated, set up to screw up, victimized, demonized, persecuted, picked on, dumped on, bullied, gaslighted, scapegoated, and/or otherwise abused by others upon whom he depended for survival in early life can produce the monsters we love to read about in the paperback "true crime" genre... and watch in such toothy movies as "The Joker."

If sufficiently intrigued by that, see Cult Guru as Untreated Child Abuse Survivor? in not-moses’s reply to the OP on this other thread.