Reddit reviews Marked for Death: Islam's War Against the West and Me

We found 2 Reddit comments about Marked for Death: Islam's War Against the West and Me. Here are the top ones, ranked by their Reddit score. 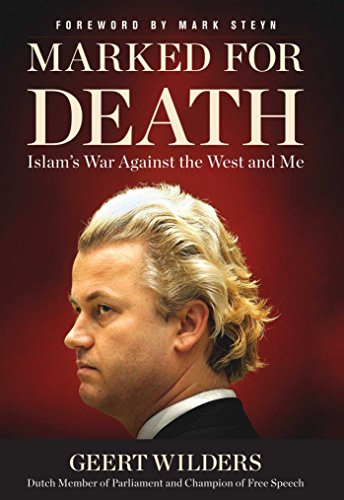 2 Reddit comments about Marked for Death: Islam's War Against the West and Me:

"I have a panic room in my house, where I am supposed to take refuge if one of the adherents of the 'religion of peace' makes it past my permanent security detail and into my home. In fact, it's not really my home at all—I live in a government safe house, heavily protected and bulletproof….I have been surrounded by police guards and stripped of nearly all personal privacy…. I am driven every day from the safe house to my office in the Dutch Parliament building in armored police cars….I wear a bulletproof jacket….Always surrounded by plainclothes police officers, I have not walked the streets on my own in more than seven years…. [I am] imprisoned in my own country for the mere fact that I have spoken out against enemies of the West." He also explains why Islam is such a danger for the West and he talks about the dangers of living in an Islamic society as a non-Muslim. He even mentions Barack Obama's June 2009 speech at al-Azhar University in Cairo, in which he proclaimed that "I consider it part of my responsibility as President of the United States to fight against negative stereotypes of Islam wherever they appear." Overall it's a very interesting book. You can buy it on Amazon: https://www.amazon.com/Marked-Death-Islams-Against-West/dp/1596987960

Has anyone else here read the book by Geert Wilders, "Marked for Death?"

Geert is a Dutch politician who has essentially been in protective custody for years because of his outspoken views on Islam.

The book was incredibly informative to me. It blends the origins and development of Islam with recent events (even though it was written in 2012) and very clearly describes how this is all part of their long term plan.

I highly recommend it.