Reddit reviews My House in Damascus: An Inside View of the Syrian Crisis

We found 2 Reddit comments about My House in Damascus: An Inside View of the Syrian Crisis. Here are the top ones, ranked by their Reddit score. 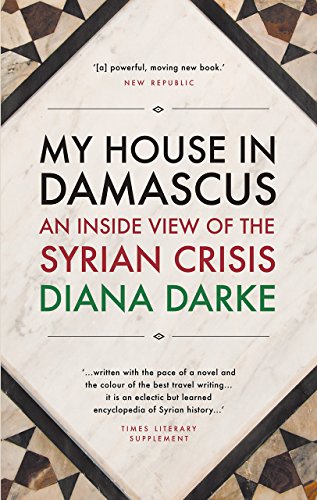 2 Reddit comments about My House in Damascus: An Inside View of the Syrian Crisis:

It all depends on what kind of angle you're looking for.

Here is by no means an exhaustive list. I must say I haven't read all of these but have come across them in research and from previous recommendations on here, but here goes:

Sami Moubayed - Damascus Between Democracy and Dictatorship (2000, very good for Syrian history and experience with democracy)

Diana Darke - My House in Damascus (new version came out 2015)

Patrick Cockburn - Rise of the Islamic State (2015, this might not be as detailed as you'd want it to be)

Michael Knapp, Ercan Ayboga &amp; Anja Flach - Revolution Rojava (2016, the detail in this is beyond insane)

&gt;if Assad wasn't a corrupt as he is - there wouldn't be enough pissed of Syrians to attempt to overthrow him in the first place.

I really suggest you to read "My house in Damascus" by Diana Darke, it was suggested to me by a good friend and it goes to great lengths about how corrupt Syrian society in general is, not specifically the government though that is what the book gravitates around.

&gt;So Assad's corruption has the accumulated of evil of it all

I'll definitely agree that the government (isolating Assad is only a part of the problem) is guilty, but corruption really is only a small problem in comparison.