We found 3 Reddit comments about Nagasaki: Life After Nuclear War. Here are the top ones, ranked by their Reddit score. 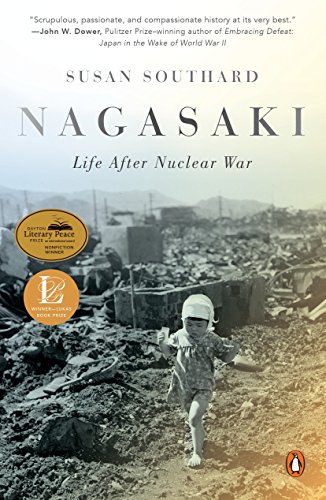 You may want to read something like Nagasaki: Life After Nuclear War. Nuclear fallout can not only fuck you up decades after the event, but it can fuck up your descendants as well. The victims of a nuclear bomb are not limited to those who died in the blast. Plenty of people survive that.

Simply radiation, it does horrific things to anyone who survives beyond the initial blast.

This book is haunting and can explain it better than I ever could: https://www.amazon.com/Nagasaki-Life-After-Nuclear-War/dp/0143109421

&gt;Nuclear weapons have been the greatest agents of peace in all of humanity history

This is the most ridiculous, delusional thing I've ever heard. Nuclear weapons incinerated hundreds of thousands of people on the spot and poisoned tens of thousands more over decades. You should read about people who have actually had to survive nuclear warfare before making such a naive statement.

As for acting as a deterrent that's just as ridiculous. The Soviet Union posed no threat to the United States or Western Europe after losing 27 million people in WWII. US officials created the Cold War because of their insistence on global hegemony. Anti-imperialism always has been and always will be the only "agent of peace", not nightmarish weapons of death and destruction.