We found 3 Reddit comments about Peculiar Institution: Slavery in the Ante-Bellum South. Here are the top ones, ranked by their Reddit score. 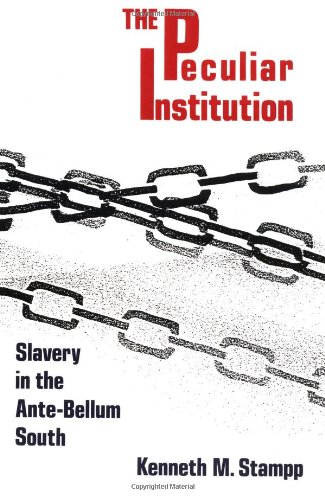 3 Reddit comments about Peculiar Institution: Slavery in the Ante-Bellum South:

I'm actually from the Deep South (Baton Rouge), I went to public school there after Judge John Parker desegregated the public schools. I'm also a beneficiary of desegregation as being an Asian I was counted as a minority. So I'm well steeped into the mind set of Southern Pride and how the past can be romanticized. But unfortunately, not enough emphasis was ever made in school (I think about the only thing we did was read The Peculiar Institution in American History AP) about how evil of a practice that Slavery was or how hateful the Confederate States were or its leaders.

Completely off topic, I had to read a book called "The Peculiar Institution" in college. Quite the interesting read, and I hadn't even thought about it in decades. https://www.amazon.com/Peculiar-Institution-Slavery-Ante-Bellum-South/dp/0679723072

Also: "peculiar" is a hard word to type.

Its been in print for over half a century but you cannot ignore The Peculiar Institution.