We found 1 Reddit comments about Schrodinger: Life and Thought. Here are the top ones, ranked by their Reddit score. 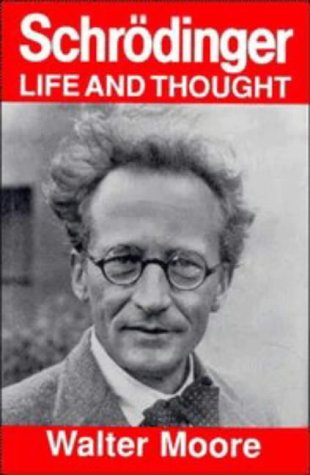 &gt; I never said that scientific temperament came from ideology, society and it's boost allowed it.

But how is that different? You are not making any sense here. Just because a land is privileged doesn't mean that automatically create an environment of scientific advancements and learning. There is an ideology which needs to acknowledge the importance of the sciences not only did Hinduism accept that knowledge but it incorporated it and made it the paramount of human achievement.

&gt; The author has used unproved anecdotes as references. Great. Tesla may have studied philosophy, but deriving something as mass energy equivalence from that, fuck no. Faulty article. And plus Tesla was inventor, rather than a scientist. There is a difference.

Right, and I haven't seen any sources from you stating how Hinduism is NOT scientific.

&gt;No references in the article. Lol. Man, you do understand how to judge a reliable article or not? Some bloke has written this article, provided no references to what he is stating, and you are using that flawed article to assert your opinion.

It is a well-known fact that Schrodinger was well versed in Vedas and Upanishads.

There are many autobiographies on Erwin Schrodinger in one such autobiography author Walter Moore writes (Schrodinger: Life and Thought, 172) "Schrodinger says: "This is what Brahman expresses with the holy, mystical, and yet actually so clear and simple formula "Tat Twam Asi--This thou art" or also with such words as "I am in the East and in the west, I am below and I am above, I am this entire world"."

&gt; Or maybe won't, it's pointless, it's about religion, irrelevant

Ok, again you are not open to the possibility that Indian ideology could actually be scientific and you are just stuck to those primitive ideas of religion and how they are backward.