Reddit reviews Science and the Afterlife Experience: Evidence for the Immortality of Consciousness

We found 4 Reddit comments about Science and the Afterlife Experience: Evidence for the Immortality of Consciousness. Here are the top ones, ranked by their Reddit score. 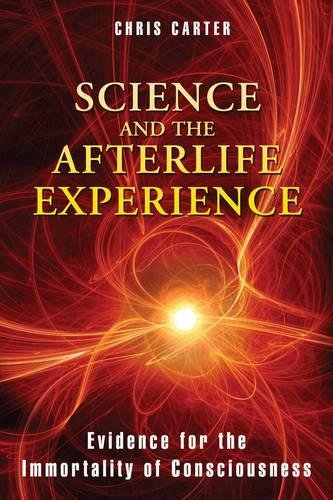 4 Reddit comments about Science and the Afterlife Experience: Evidence for the Immortality of Consciousness:

From life to death, beyond and back | Thomas Fleischmann

From life to death, beyond and back | Thomas Fleischmann

Thank you for that long and thoughtful response! I've really been overwhelmed by all the responses I've gotten here, I thought I would be downvoted to oblivion with just a few dismissive replies, so I'm impressed! Time to reply to everyone! :)

&gt;There's no reason to conclude that spirit realms are real based on descriptions of NDEs or psychedelic trips

Actually, there's every reason to do it. Here's how I see it. Temporarily disregarding the fact that the scientific analysis of NDEs clearly leads to the conclusion that it cant' be the brain that's producing them, everyone who has a deep NDE gets convinced of an afterlife. Full stop. There are no exceptions in the literature. Doesn't matter whether it's you, me or Richard Dawkins himself. Once we've gone far enough into the light and encountered the being of infinite love and intelligence, we would be convinced. Here and here are the two most famous examples of that, but it applies to millions of people.

In light of that fact, I can't pretend that my armchair skepticism is of any value. I mean these people also understand the skeptical arguments - the close correlation between everyday thoughts and brainwave activity, how it seemed to them before their NDE that we were just our brains, that it's theoretically possible that these experiences were hallucinations, etc. They heard all those arguments. The problem is, those considerations are just jokes to them now, in light of their experience. They often describe the NDE world as "hyperreal", and say that this life here is the deep, deep dream in comparison to what it's like over there. I think this response really summarizes it.

I recognize that the only reason I or anyone else believe in the exclusivity of this reality is because that's all we've experienced and have any memory of, and that once that is no longer the case, it's only rational to let go of that belief.

&gt;The trouble is that sensitive people get offended by such themes over at /r/psychonaut, and threads about them often devolved pretty quickly into arrogant pricks enthusiastically attacking from both sides.

Woah, really? I had no idea. I mean I'm not offended by people talking about materialism as a way to explain the deep psychedelic experiences, I just think it's uninformed and treat it with a smile. But it is indeed a problem across the board as you say - these subjects touch the core of a person's worldview, and most people are not even close to being able to dispassionately discuss alternative worldviews and question their own. The history of religion is the prime example of that fact.

&gt;So really this is not the place to entertain "other realms/realities" theorizing, unless you have scientific evidence to discuss, which I secretly would love to see, but is still lacking to the extreme.

To the contrary, there's an abundance of it. I've already linked a piece of it in my last reply, but that's just a drop in the ocean. For a comprehensive analysis, see for instance this and this, this, this presentation, this, this, etc. I mean, I'd say that the evidence we have for an afterlife/disembodied consciousness is at least as strong as what we have for the existence of Neptune. So it's not as strong as the evidence we have for, say, the existence of the Sun, but it's overwhelmingly in favor of its reality nevertheless. If that sounds completely outrageous to you or anyone reading this, I wish to emphasize that it's only because you're not familiar with that evidence that you think it sounds completely ludicrous.

But when it comes to just the psychedelic experience - ignoring all that afterlife evidence - it's still rational to conclude that there is something to it when so many people come back from those heroic dosages of DMT, Ayahuasca and Magic Mushrooms fully convinced of the reality of something beyond this life. The plural of testimony is data, not just a collection of anecdotes. There's a clear pattern observed here.

I emphasize heroic dosages, because it doesn't apply to normal dosages. I want to be very clear about that: Most psychedelic experiences are probably best explained by neurology. It is only the complete breakthroughs that even begin to be relevant to the question of other realms. Smoking 35mg DMT out of a pipe will not make you meet God, for instance. Not even a tiny chance. But 100mg DMT out of a gravity bong? That's something different. Same with Ayahuasca. 3g rue and 5g Mimosa? Forget it. But 6g rue and 15g Mimosa? Say hello to it from me. I mean I've even done 2g rue + 10g Mimosa myself, and it was completely, redonkulously insane. But I didn't meet God, and the experience on its own would never lead me to believe in anything spiritual. But I recognize that higher doses are something completely different. See for instance this reply:

You wouldn't, actually. I'm familiar with this drug and you don't want to go where it will take you without guidance.
Look, I get where you're probably coming from with with this. You don't want the pseudo-religious spiritual stuff. That's cool, I'm an atheist too. Ayahuasca is not for us.
There's no "grounded" on ayahuasca. You'll trip your face off. You will experience the end of everything that exists. You'll cry. You will meet god. Doesn't matter that you don't believe in one. You will while you're tripping. He won't be fucking happy either. And this drug is dark. I know that everyone thinks they can handle it. I did. Maybe you've done mushrooms or LSD and think you know what a trip is. I thought so.

&gt;descriptions of an "afterlife" from people who are still alive, it's fair to say, are highly dubious

Why? I don't see a problem with it whatsoever. Why is it a priori unreasonable to visit the afterlife when your heart temporarily stops beating, and come back when it starts again to talk about it?

But even if there is something unreasonable about that, there's still the fact that the evidence we have from people who are still not alive (death-bed visions, death-bed coincidences, After Death Communication, etc) is still overwhelming.

&gt;"metaphysical science" is something I'd like to see more of, except with the input of intelligent, skeptical people rather than all the kooks and the overly obsessed, true-believer types who get upset when they're lacking a palatable explanation

&gt;But such speculation is not for /r/RationalPsychonaut. Thanks for the well presented criticism of what this sub is, I'm sure many people would agree with you; The last critic just linked to the wikipedia page for scientism and left it at that, pretty lame really.

Thank you and everyone else as well for the replies. I think this subreddit has potential, but you don't need to equate logic, rationality and science with materialism, it only hurts your credibility and perceived open-mindedness. It's OK to think that psychedelics are best explained by neurology. It's OK to think it's rational to be a materialist. But it's not OK to think that psychedelics must be explained with neurology, or that rational people must be materialists. If you must have such a subreddit, it would be better called r/Itsallinyourbrain or r/MaterialisticPsychonauts or whatever. Also, linking to RationalWiki in the sidebar really hurts your credibility, because that site is demonstrably run my militant materialists.

I get that you don't want to talk with people who think that everyone in the new world order smokes DMT to contact their lizard overlords, etc. There's a lot of incomprehensible nonsense out there. But not every non-materialistic idea is irrational, and treating it as such doesn't warrant the prefix 'rational'.

&gt;is it possible for the concept of mysticism to be relevant to philosophy in some way?  Is there any contemporary work on mysticism that is worth investigating?

Not only is it possible, but some would argue that it is inevitable and necessary. And yes, there is a lot of it, but these days it is regarded as going under the umbrella of survival research. Here is an article that elaborates on that point and on the current state of affairs regarding survival research, although it has begun to improve a bit since the writing of that article. Additionally, here are the best books written by a philosopher on these topics (1, 2, 3).