We found 1 Reddit comments about Seoul Man: A Memoir of Cars, Culture, Crisis, and Unexpected Hilarity Inside a Korean Corporate Titan. Here are the top ones, ranked by their Reddit score. 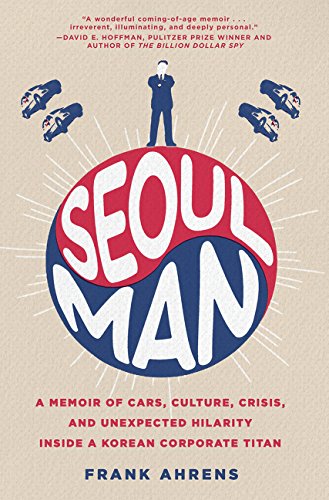 1 Reddit comment about Seoul Man: A Memoir of Cars, Culture, Crisis, and Unexpected Hilarity Inside a Korean Corporate Titan:

There's a very good Korean drama called Misaeng: Incomplete Life, which is about a Korean trading company. There are a lot of good examples of the Korean business culture in and out of the office. When I was working private sector in Korea, I worked for companies in exactly this industry, so the show resonates a lot with me (minus the hyper-inflated tv drama). The show is streaming on Netflix too!

Also, the book Seoul Man by Frank Ahrens, is a good read on Korean business/life culture. Frank was the highest ranking non-Korean executive at Hyundai (and arguably Korea at the time). I've met with Frank a few times and occasionally chat with him from time to time. He's a good guy.