We found 3 Reddit comments about Syrian Conflagration: The Syrian Civil War, 2011-2013 (Middle [email protected]). Here are the top ones, ranked by their Reddit score. 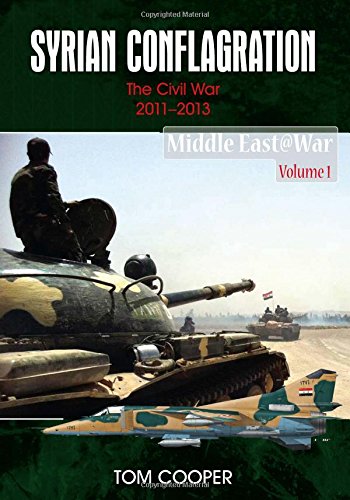 No. I'm talking about 30+ years of research about Syrian military, with results of this kind, or this kind, and as can be read here.

Which piece is the random blog post by a no name blogger? The War is Boring one? That is hardly a random blog, and the guy who wrote the piece recently released a book on the subject that I plan on reading once it' out on Kindle. He also has a crap ton of other books on ME military subjects.

Edit: Also, if you actually read the TRADOC report, it cites the 125,000 number to a NY Time article from April 2015. Not exactly a reliable or up to date source. I don't know if they're using citation in the public domain to cover up for actual intelligence estimates, but the citation section is overwhelmingly news article and blog posts.

Firstly, it's not accurate nor sagely to state that "every book is biased". Secondly, make sure you're using the word bias correctly. A bias, in printed media, would fail to include, ignore, diminish, and/or fail to find merit in the opposed subject matter - much more sever, in my opinion, than presenting the information with a certain perspective in mind.


That said, it's going to be difficult to find books about the Syrian War because it's still ongoing. You're basically asking for books that have either been subjected to scholarly review and the historical method, or data put out by NGOs. None of that really exists yet. But, I'd suggest this book as a start, gives a good history of wahabism and salafism, the rise of the Muslim Brotherhood, the bin Laden family and it's ties to the KSA, and provides a pretty good framework for the various religious tensions and floes in the Middle East and North Africa. There are more scholarly books on the subject but I enjoyed his writing style and the facts are all there.


The Looming Tower by Lawrence Wright


Other than that, this is probably the most "scholarly" publication on the Syrian Civil War so far, to my knowledge.