We found 3 Reddit comments about The Book of Lieh-Tzu. Here are the top ones, ranked by their Reddit score. 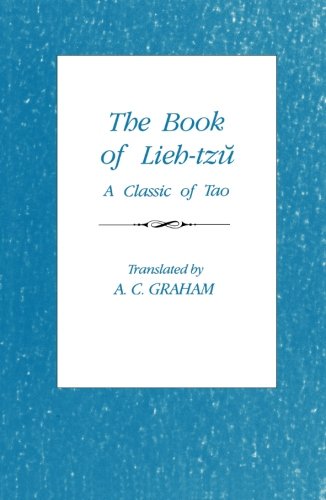 My Asian Religions professor liked to use original texts only in her syllabi. Her reasoning was along the lines of: "why would you read someone else's interpretation when you could read the texts themselves and draw your own conclusions?" I tend to agree with that line of logic (I do understand that books such as the one mentioned can provide a good primer, but you've already that, why not move into the "meat" of the matter?). So, my suggestion would be:

Its my understanding that modern mandarin differs from the ancient mandarin the text was written in to such an extent that you might as well read it in English since that is your native tongue; and I would recommend the D.C Lau or Jonathon Starr english translation. That being said, the copy you were given is likely just fine and there are a few Etymologists that hang around here that are qualified to say that with any certainty. There is a reading material link on the side-bar you should check out, but I guess the major texts you're going to need in addition to your TTC are the Zhuangzi, the Liezi (Liezi is somewhat controversial but definitely worth the read), and the Huiananzi (This is a much later Han Dynasty text that is optional but interesting). I would also recommend getting several different translations of the TTC and the Zhuangzi in order to see the different ways in which people have interpreted the text.

This seems to be the one. I haven't read it yet, but will. AC Graham's "Chuang Tzu: The Inner Chapters" is excellent, and if it's anything like that was....