Reddit reviews The Exile: The Stunning Inside Story of Osama bin Laden and Al Qaeda in Flight

We found 3 Reddit comments about The Exile: The Stunning Inside Story of Osama bin Laden and Al Qaeda in Flight. Here are the top ones, ranked by their Reddit score. 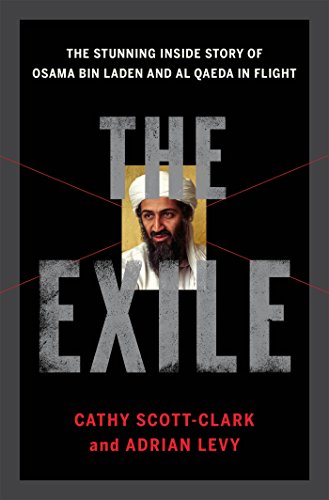 3 Reddit comments about The Exile: The Stunning Inside Story of Osama bin Laden and Al Qaeda in Flight:

Different leadership. IS claims to be the true heir to Bin Laden. They claim Zawarhi was corrupt. This goes back to Zarqawi vs Zawarhi. However, Bin Laden didn't like Zarqawi.

9/11 for example was voted down by the AQ Shura council. KSM and Bin Laden went against the Shura council completely. AQ's shura council didn't like the embassy bombings either.

Bin Laden was a narcissist that didn't listen to advice, very similar to Zarqawi.

You should check out this book, its fascinating and covers it all:

What an incoherent rant.

First of all an American moaning about another countries "highest execution rates" "official propaganda" and jailing "critical opposition" is a joke you seem not to be self aware enough to get.

Top five countries for per captia executions are

My information comes from the book below. The authors interview bin laden's family and associates about their lives following the Sept 11th. It also talks about Iran assisting the US in the months after Sept 11th.
https://www.amazon.com/Exile-Stunning-Inside-Story-Flight/dp/1620409844