Reddit reviews The FibroManual: A Complete Fibromyalgia Treatment Guide for You and Your Doctor

We found 9 Reddit comments about The FibroManual: A Complete Fibromyalgia Treatment Guide for You and Your Doctor. Here are the top ones, ranked by their Reddit score. 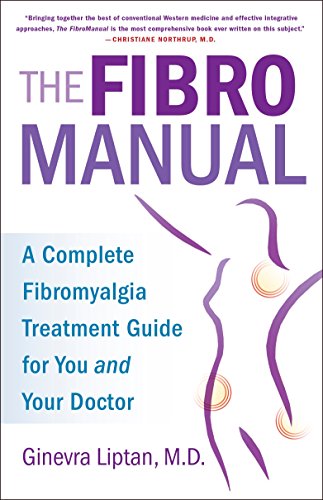 9 Reddit comments about The FibroManual: A Complete Fibromyalgia Treatment Guide for You and Your Doctor:

-Diagnosed officially about a year ago at Mayo.

-More than likely spurred on by chronic migraines since age 7.

Fibro is really tough because patients often have a ridiculous number of symptoms, many of which are debilitating by themselves. For me those are (fatigue, nausea, mild insomnia, allergies, widespread pain, migraines, brain fog, light sensitivity, sound sensitivity, tinnitus, visual snow, depression, anxiety).

Medications that I've tried for fibro since diagnosis:

-Cannabis: Mostly helps with the nausea, which for me was probably the most debilitating symptom. I was regularly dry heaving and throwing up if I moved at all. If you are able to recommend it legally, I would strongly recommend telling patients to get a vaporizer(I personally use a volcano at home and a firefly 2 for travel). They are more efficient and don't harm your lungs as long as you don't crank up the heat settings. I don't really see much difference between sativa versus indica personally. As far as pain management goes, it's pretty laughable...but it does help a tad.

CBD: I've only been able to extensively try one which was underwhelming but mildly effective for pain management. Others, have had better results.

Zofran: Helpful but still wasn't able to do much on it.

Cymbalta(tried up to 120mg, settled at 90mg): Definitely helped my muscles feel less achy. My mood would swing way way too much on it so I decided to stop as suicidal thoughts were becoming the norm on it. Withdrawal was also a nightmare even with gradual tapering.

Fioricet w/codeine: I was originally taking this for migraines and stopped a few months back as I tried to replace it with midrin. I only took it once or twice a week at most but it was incredibly helpful for fibro symptoms. I'm not sure if it was the codeine or the barbiturates. It may still have been the right call to end it but it has definitely cut into how active I am.

Quell Device: This one has been one of the most surprising for me. It's far from perfect but it has helped. It's great for those days where I can't do much. I strap it on, push the button and I kinda forget about it until I notice that I'm being more active.

Sleep: I'm still trying to figure this one out. I've bought a new mattress. I use ear plugs and a mask to try to limit stimuli. I cover up all LEDs in my room. I try to follow good sleep hygiene practices. My sleep has gotten better but it's still far from normal. I wake up too often and still have trouble getting to bed. Melatonin has also helped a tad. Cutting out naps was a big win for me as well.

Some of the biggest changes I've had were from lifestyle changes:

-limiting stress as much as possible

-Maintain or get social connections(anxiety and depression)...you need to get out and keep involved.

-myofascial release massage: I believe it has helped me but I'm not sure if it is worth the price of admission given it's not covered.

-fish oil: I can't say one way or another to be honest. I keep trying it on and off to see if it's helping.

-distractions: To this day I do not know of a better way to beat chronic pain than to distract oneself...Find a good tv show, movie, video game, audio book, book, whatever and indulge a bit.

Highly recommended as it is pretty up to date and seemed to accurately relay a lot of my feelings as a fellow sufferer.

Thanks for taking the time and effort to ask sufferers and try to help. You're a good human being. :) I think most sufferers feel for the physician in the room as there is no good answer. I think it's a really tough situation for all parties involved(doctors, patients, family and friends). I hope more people like you take interest and maybe we can figure out some ways of limiting the suffering caused it.

A good book for you and your husband. You, because you can relieve some of your fibro symptoms yourself, at home, and the husband because it will help him to better understand what you're living with. https://smile.amazon.com/FibroManual-Complete-Fibromyalgia-Treatment-Doctor/dp/110196720X/ref=sr_1_1?ie=UTF8&amp;amp;qid=1468210274&amp;amp;sr=8-1&amp;amp;keywords=ginevra+liptan

That is wonderful how much you want to help and support her; she will definitely appreciate it.

These are what I use:

What is nice about that mattress topper is it has 2 zones so you can heat one side of bed without having to heat other side. The mattress topper is also great at soothing all-over body aches since you're laying on top of it; feels amazing to crawl into after a long day.

There's also a really good book about Fibro, written by a doctor who has the disease herself. It's laid out in easy to understand language and includes both conventional and alternative treatment methods. The book is a must-read for sufferers, their loved ones, and even their health care providers. My review of this book would be: Before reading the book, I was genuinely ready to kill myself because I felt it was hopeless to try and cope with this disease for another 50+ years. Reading her book I've been able to find ways to improve my circumstances and now feel motivated to fight the disease as several of her methods have already made a huge difference in my life. https://smile.amazon.com/FibroManual-Complete-Fibromyalgia-Treatment-Doctor/dp/110196720X/ref=sr_1_1?crid=GYD3ZCYHN0PS&amp;keywords=the+fibro+manual+by+ginevra+liptan&amp;qid=1569526359&amp;s=gateway&amp;sprefix=the+fibro+ma%2Caps%2C134&amp;sr=8-1

I highly recommend this book for yourself and maybe even for family members. It covers a lot in a concise way.

I've only recently kind of come to terms with it. I've been moderately health conscious my entire adult life, and I always looked at the slowly progressing symptoms as me missing something. I whole-heartedly believe that my symptoms aren't as severe as they could be because of dietary and supplemental steps I've taken. This book has been incredibly eye-opening; it's a wealth of knowledge and I'm taking most of the things recommended. I've been able to pinpoint some key foods (gluten, eggs, potatoes) that significantly increase my pain and eliminated them, so I'm definitely convinced that diet plays a key role here. I haven't dropped the money on getting food intolerance testing done, but I think that may happen soon.

All that to say, that I've finally accepted that yes, this is medically called fibromyalgia, but I'm not convinced that conventional medicine is the only answer. I still believe there is an underlying issue causing all of these symptoms. I'm going to do everything I can to make myself feel better, and to hopefully keep this from getting worse. I know how absolutely terrible it can become, and that is my motivation to keep searching for a better solution. Don't give up!

Fibro is definitely a neurological condition. It can manifest in the form of inflammation, but that's definitely not the cause. Check out the Fibro Manual, I think you'll find it more helpful: The Fibro Manual

Now it's not all that and a bag of chips and some of it is just hokey, BUT there is a lot of useful stuff in it.

Welcome to the club. I'm in southern California and I'd love to find a good rheumatologist too. So far I've seen 4 of them, including 1 in an academic setting, and all of them are either woefully uneducated about fibromyalgia and/or are unwilling to treat it. For instance, one of them was unaware of the 2010 ACR criteria. Another one was very thorough, did a bunch of extra testing, and seemed good until I asked about the FM/a test. I know that it has a bad reputation, but she was totally unaware that it even exists. Another reum. doc, who I thought was the best overall, is unwilling to treat fibromyalgia because "it's not an inflammatory disease." It seems like rheumatologists don't like fibromyalgia because it's the only rheumatological condition that doesn't have a specific, well-regarded, and reliable test.

You might also consider a neurologist or pain management specialist. I've had fairly good luck with the neurologist, especially because he's able to do EMG and nerve conduction to help rule out some stuff and describe my condition. Pain management people are supposed to know about fibro. Mine is shit, but at least they are more willing to push medications like high-dose Lyrica.

One long shot and I can't personally recommend her is Ginevra Liptan who runs this:

Her approach is a bit too out there for me, but may work if I get desperate enough.

In any case, I hope you find some relief. Good luck.

You might be interested in the book [The Fibro Manual](
https://smile.amazon.com/FibroManual-Complete-Fibromyalgia-Treatment-Doctor/dp/110196720X/ref=sr_1_1?ie=UTF8&amp;amp;qid=1517839795&amp;amp;sr=8-1&amp;amp;keywords=fibro+manual) by Ginevra Liptan. She is a doctor who specializes in fibromyalgia as well as having it herself. I thought the descriptions about what it feels like to have fibro were pretty spot on and it offers a lot of suggestions and products you can try. I found several things in the book that really helped me.

Just keep searching and reading this sub. You will find a lot of suggestions on stuff that has helped someone or another. We just give everything a shot and see what sticks!

Good luck to you and your mother.