Reddit reviews The Food of Taiwan: Recipes from the Beautiful Island

We found 2 Reddit comments about The Food of Taiwan: Recipes from the Beautiful Island. Here are the top ones, ranked by their Reddit score. 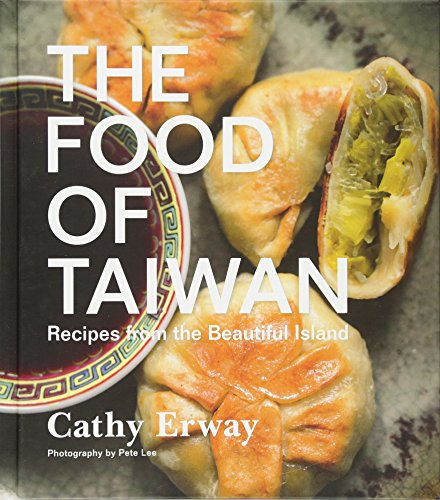 2 Reddit comments about The Food of Taiwan: Recipes from the Beautiful Island:

Asia's a big, ancient place. Even within each nation there are unique styles of regional and ethnic fare.

With that in mind, I'd love to see some recommendations here for awesome Indian, Filipino, Hmong, Uzbek, etc. cookbooks.

Lets get beyond sushi and hibatchi.

Shizuo Tsuji's Japanese Cooking: A Simple Art is a great starting point. If you want to get technical you should check out Ando's Washoku or Hachisu's Preserving the Japanese Way.

If you want to start simple, Hachisu also has a great book on Japanese Farm Food. Ono and Salat have written a great noodle slurping opus in Japanese Soul Cooking.

What we've come to think of as Chinese food in the US is a natural part of human appropriation of food styles, but with all due respect to Trader Vic's, crab rangoon and other buffet staples really aren't the real deal. Food in China is extremely regional. You don't have to go very deep to see the vast differentiation in spicy Schezwan recipes and Cantonese Dim Sum culture.

For your reading pleasure:

Breath of the Wok by Grace Young and Alan Richardson.

All Under Heaven: Recipes from the 35 Cuisines of China by Carolyn Phillips.

Some people might freak out that I'm placing Erway's The Food of Taiwan under the Chinese category, but I'm not going to get into a political debate here. Taiwan has had a lot of different culinary influences due to migration / occupation and that is really the take away here.

Korea is having it's moment right now and if you want the classics, Hi Soo Shin Hepinstall's Growing up in a Korean Kitchen is a good baseline. It has all the greatest hits.

You also can't cook Korean food without kimchi. The only book I've read is Lauryn Chun's The Kimchi Cookbook which is kind of underwhelming considering the hundreds of styles of Kimchi that have been documented. The process of making kimchi (kimjang) even has a UNESCO world heritage designation. With that in mind, I think it's only a matter of time before we see a English book on the subject that has depth.

Given the cuisine's popularity, there are several other cookbooks on Korean food that have recently been published within the last year or so, I just haven't gotten around to reading them yet, so I won't recommend them here.

David Thompson's Thai Food and Thai Street Food are both excellent. /u/Empath1999 's recommendation of Andy Ricker's Pok Pok is excellent but it focuses on Northern Thai cuisine, so if you want to venture into central and southern Thai fare, Thompson's the other farang of note.

Nguyen's Into the Vietnamese Kitchen provides a nice survey to Vietnamese cooking. Charles Phan also has a couple of cookbooks that are quite good but I'm sure that there are zealots out there who would bemoan authenticity in either Vietnamese Home Cooking or The Slanted Door, but seriously, who gives a shit, the dude has Beard Awards under his belt for fuck's sake.

TL;DR OP means well but its long past time to bury "Asian" as a catch-all for such a large and diverse part of a continent, no?

I'm a bit of a cookbook junkie, so I have a bunch to recommend. I'm interpreting this as "good cookbooks from cuisines in Asia" so there are some that are native and others that are from specific restaurants in the US, but I would consider these legit both in terms of the food and the recipes/techniques. Here are a few of my favorites: