We found 6 Reddit comments about The Illustrated "A Brief History of Time" and "The Universe in a Nutshell". Here are the top ones, ranked by their Reddit score. 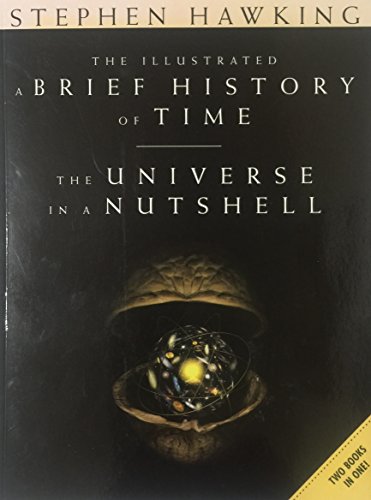 6 Reddit comments about The Illustrated "A Brief History of Time" and "The Universe in a Nutshell":

Can confirm, had to buy the illustrated edition just to understand.

At 15 years old he should be able to handle any sort of casual history book. A text book probably isn't up his alley, but when I was 15 I bought a Philosophy for Dummies book to help me understand some topics a teacher didn't clarify well enough for me. I was hooked on those For Dummies books for awhile. They're vaguely humorous and they explain topics in an easy to digest, non-tiring way.


Aside from that, A Little History of the World by E.H. Gombrich, and A Brief History of Time and the Universe in a Nutshell by Stephen Hawking were both wonderfully fun books that might appeal to his history and science interest without being belittling.

Confrontational atheism: Testament: Memoir of the Thoughts and Sentiments of Jean Meslier

&gt;"Know, then, my friends, that everything that is recited and practiced in the world for the cult and adoration of gods is nothing but errors, abuses, illusions, and impostures. All the laws and orders that are issued in the name and authority of God or the gods are really only human inventions…."

&gt;"And what I say here in general about the vanity and falsity of the religions of the world, I don’t say only about the foreign and pagan religions, which you already regard as false, but I say it as well about your Christian religion because, as a matter of fact, it is no less vain or less false than any other.

Softer (much less confrontational) atheism: 50 Reasons People Give for Believing in a God

&gt;This unique approach to skepticism presents fifty commonly heard reasons people often give for believing in a God and then raises legitimate questions regarding these reasons, showing in each case that there is much room for doubt. Whether you're a believer, a complete skeptic, or somewhere in between, you'll find this review of traditional and more recent arguments for the existence of God refreshing, approachable, and enlightening.

Favorites non-fiction (or at least mostly non-fiction as time will tell) and not directly related to atheism: Hyperspace: A Scientific Odyssey Through Parallel Universes, Time Warps, and the 10th Dimension and The Illustrated A Brief History of Time and the Universe in a Nutshell

Atheism book I've tried to read and found to be over my head that's supposed to be the end-all-be-all: The Miracle of Theism: Arguments For and Against the Existence of God

Currently reading and while enjoyable it's a bit tough to get, I've found myself re-reading pages regularly: QED: The Strange Theory of Light and Matter

If you want a deeper understanding that stays fairly conceptual (ie., away from math), you could try Stephen Hawkings work: http://www.amazon.com/Illustrated-Brief-History-Universe-Nutshell/dp/0307291227/ref=sr_1_1?s=digital-text&amp;amp;ie=UTF8&amp;amp;qid=1452022887&amp;amp;sr=8-1&amp;amp;keywords=a+brief+history+of+time+%2F+the+universe+in+a+nutshell

Hawking is a wonderful direction to go