Reddit reviews The Quest for the Origins of Vedic Culture: The Indo-Aryan Migration Debate

We found 1 Reddit comments about The Quest for the Origins of Vedic Culture: The Indo-Aryan Migration Debate. Here are the top ones, ranked by their Reddit score. 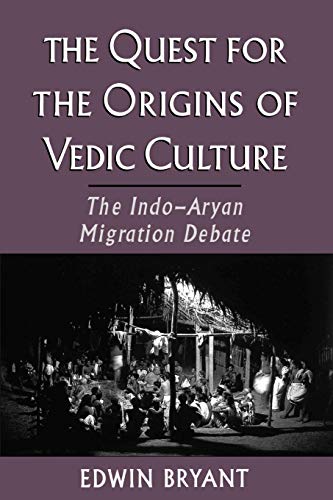 On Dravidianism: I did a long thread on this once. Shared below. That perhaps sums up my thoughts on the subject - https://twitter.com/shrikanth_krish/status/1026967892125003776

In terms of new trends : I am not that close to TN politics. In general I see Tamil chauvinism declining, as it has over the past several decades. The secessionist impulse is mostly dead today, unlike in the 50s. The anti-brahminism which characterized the movement during its early phase is a non-issue today.

On India's economic growth: 5 Trillion I think requires 12% nominal growth over 5 years. I dont see that as an unreasonable goal. It can be achieved with 7-8% real growth sustained over 5 years. We haven't been too far away from that last several years. But to sustain 8% growth over a long period requires structural reforms, and a much healthier financial sector, which has been beset with NPA problems.

On a broader note, some questions have been raised on the reliability of GDP numbers, most recently by Arvind Subramanian, who found poor correlation between the growth numbers and key micro-economic indicators in specific industries. That requires more investigation I think

On history books: I am not that well read on the Aryan question. Much of the debate on that topic is politically motivated and unreliable. Also it is an evolving area what with new genetic research. I think Edwin Bryant had a good book on the origins of Vedic culture - https://www.amazon.com/Quest-Origins-Vedic-Culture-Indo-Aryan/dp/0195169476

I haven't read it, though I recommend Bryant based on some of his other work - especially on Patanjali Yoga Sutras and Bhagavata Purana