Reddit reviews The Skateboard: The Good, the Rad, and the Gnarly: An Illustrated History

We found 2 Reddit comments about The Skateboard: The Good, the Rad, and the Gnarly: An Illustrated History. Here are the top ones, ranked by their Reddit score. 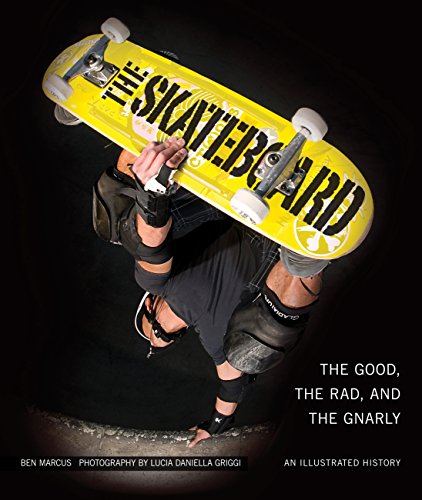 2 Reddit comments about The Skateboard: The Good, the Rad, and the Gnarly: An Illustrated History:

I found a couple more references, will post them here for historical purposes. If Tucson really was the first, then that is truly noteworthy.

5 - Pat McGee the skater who was there for the grand opening, still living.

6 - This book here also mentions the park and its owners and has the wrong address of 2169 E Speedway.

It would be interesting to hear from anyone who remembers this place and might have some more pictures. I wonder how long it was in business.

You're not Norwegian. Norwegians are intelligent and polite and well-mannered

Or maybe you let America turn you into a crass Rompehull.

The Hiltons are Norwegian. They're good people.

Steve and Dave Hilton helped me with the skateboard book. The part about Hobie making a deal with VitaPakt Orange Juice in the 1960s, which was owned by Barron Hilton.

This is the book that got translated into French - without me knowing it - and they were going to fly me to Monaco for the Sportel Awards Sports Book of the Year Award in 2017, I think it was.

But I was in Hawaii, so I sent Lucia instead, because she was in Hossegor with her dad and she shot all the portraits for the book.

Can't believe I didn't accept a free trip to Monaco, but Honolulu to Monaco would have been a 24-hour flight for a one-day stay.

Lucia worked hard on that book, so she earned it.