We found 1 Reddit comments about The Un-Civil War Shattering the Historical Myths. Here are the top ones, ranked by their Reddit score. 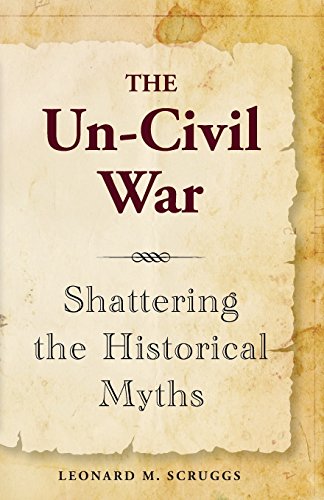 You are so wrong about all of this. I suggest you educated yourself.

The South had every right to secede, it's a right granted to all states by the constitution. The North fired the first shots, needlessly starting a war that killed more North Americans than any other in history.

The North was occupying Fort Sumter, a Confederate fortress. The South asked them to leave and then they got shot.

Also, to say that they seceded for slavery is blindly stupid. They seceded for a multitude of reasons, slavery being one of the smaller ones. The only people in Antebellum South who owned slaves were the equivalent to the modern 1%'ers.

The vast majority of southerners were fighting for self determination on a wide variety of issues. Not just for slavery.

Read the following: "The Real Lincoln"

Educate yourself before you start calling people racist, elitists or traitorous. Your right that the flag represents things deeper than you can currently comprehend. I've got a reading list a lot longer than that for ya buddy, that's just the start.