We found 3 Reddit comments about Thousand-Mile War: World War II in Alaska and the Aleutians (Classic Reprint Series). Here are the top ones, ranked by their Reddit score. 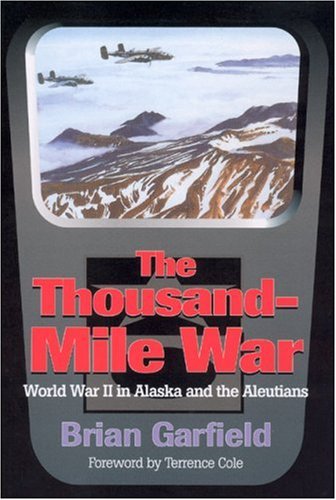 If you like aviation books. I would also recommend this one:

The difficulties that they had with weather and navigation were incredible.

And, a couple books about WW1 aviation:

and a Biography of Barker, the Canadian ace that had a single handed dogfight against 60 German planes. The bullet riddled fuselage of his Sopwith Snipe is in the Canadian war museum in Ottawa,.

&gt;Invasion of Alaska: So Japan never actually landed on Alaska main land but they did land on two islands (which Kyle mentioned). They were quickly defeated by American forces, some of which were the "Devils" Brigade" that was mix of American and Canadian forces. I don't believe either island had a airport.

The Aleutian Islands were occupied by the Japanese for over a year. It's been a while but I read a book called Thousands-Mile War on the subject. There wasn't a typical airport but there were bases from which planes were launched. More people died from the weather than battle. There is more but i'd recommend reading the book.