We found 4 Reddit comments about Traumatic Narcissism (Relational Perspectives Book Series). Here are the top ones, ranked by their Reddit score. 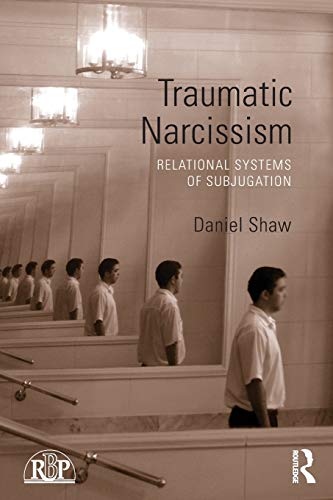 I was born and raised in a cult. My parents were both narcissistic. Yay for me!

The reason why it feels very related, it’s because most (I’d say all) leaders/gurus are narcissists. Think of the cult as a gigantic “family”. They use the same techniques and tactics. It doesn’t truly matter what the belief system is, the belief system is there as a facade.

I’d say a great read is the book Traumatic Narcissism by Dan Shaw. He goes into a lot of detail about gurus and narcissism.

Edit to add Thought Reform by Robert J Lifton and looking into his categories.

So yes. TLDR. There’s a lot of crossover.

One thing that gradually happens in working with a good therapist is that you get to develop and hold on to a point of view that is truly your own. This is something that fundamentally threatens any cult, which can’t allow you to have that POV. You can do this.

Search For The Real Self: Unmasking The Personality Disorders Of Our Age - James F. Masterson M.D.

edit: here's the accompanying video of the author being interviewed about his book