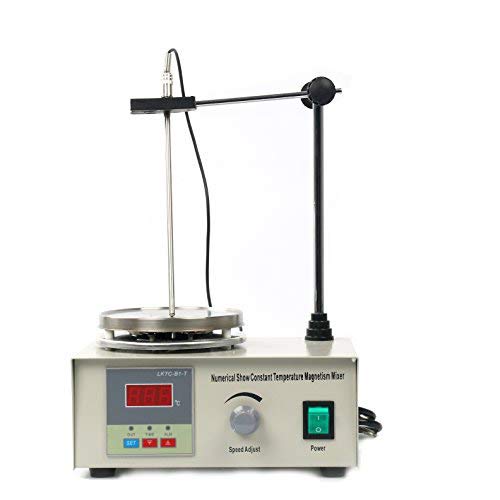 No, I mean they say if you want to send the distillate for another round of testing to let it sit for 2 hours at 70c. That way it’s melted all the way and has time to homogenize. You only need to do it like that maybe the first time if it’s fully solid again, after that you can just reheat it. I was just saying that letting it sit even for hours won’t ruin it, they say to do that. Doesn’t say it here but in the other sheets I have it does https://www.fightbackcbd.com/wp-content/uploads/2019/04/FEB1.jpg

It won’t go clumpy again, just get the hot plate stirrer, that’s how you do it.
https://www.amazon.com/YaeCCC-Magnetic-Stirrer-Hotplate-Heating/dp/B073FLH5R9/ref=mp_s_a_1_8?keywords=magnetic+hotplate&amp;amp;qid=1554143593&amp;amp;s=gateway&amp;amp;sr=8-8

Once the distillate is heated to liquid, mix it by weight into your room temp MCT in a beaker. Put it back on the hot plate. It doesn’t have to heat to 70 again, takes like 10minutes max to mix it. Magnetic stirrers mix from the inside out, the bar spins in the beaker and makes a whirlpool. You’ll know when it’s good, usually once the beaker is heated to like 45 50 it’s already mixed up. You don’t want the MCT to sit there and get super hot, it won’t ruin it but it might make it taste crappy. I meant the 2 hours was if you were going to pour say 5g of distillate to send for testing on it’s own. It needs to be heated and mixed. Really it is already assuming you are using the materials fairly recent from manufacture. If it’s like say around for months it gets really solid and separation/crystals. Before that it just turns opaque and sludgy solid. If you are just using like 100grams in a mason jar just swirl it around when it’s melted, it’s not gonna be an issue.