Best soundtracks according to redditors

We found 651 Reddit comments discussing the best soundtracks. We ranked the 411 resulting products by number of redditors who mentioned them. Here are the top 20. 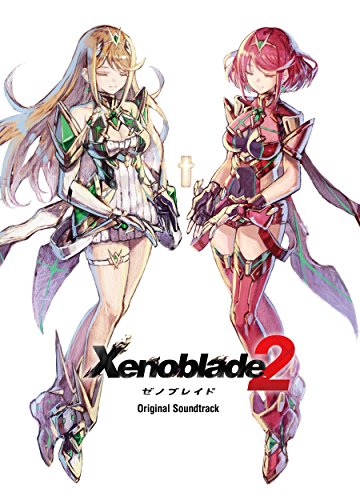 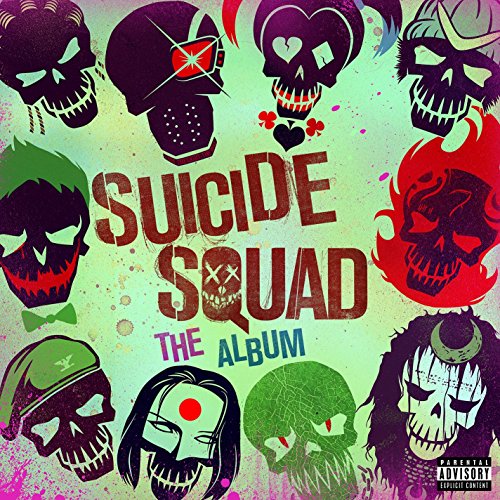 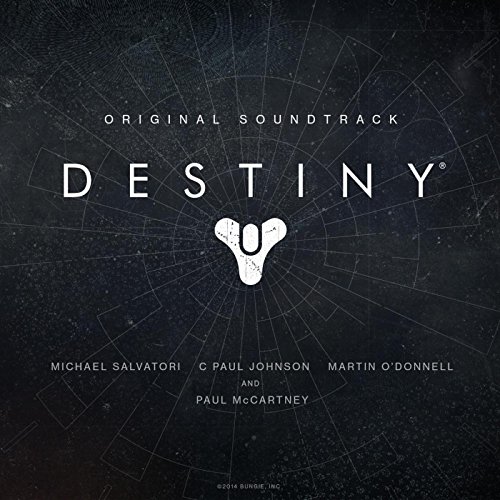 4. Cherlene (Songs from the Series Archer) 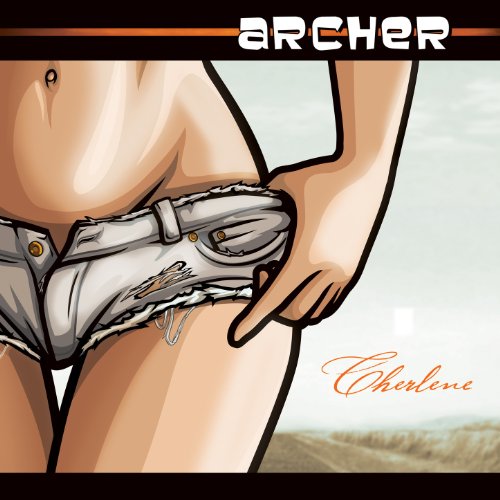 5. Game of Thrones (Music from the HBO® Series) Season 3 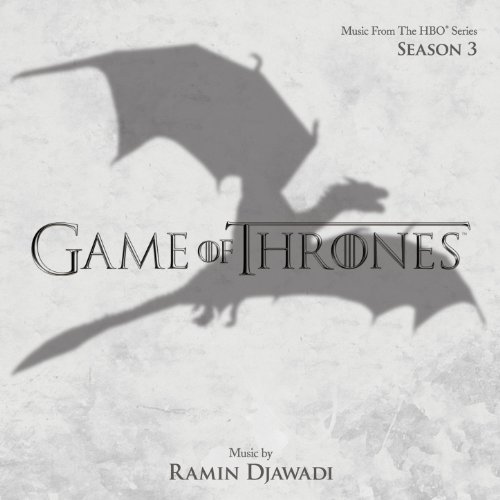 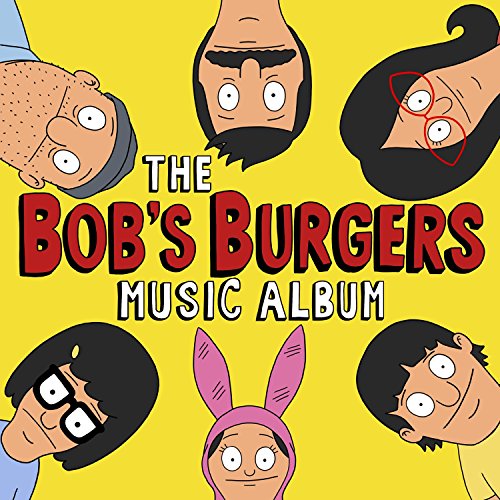 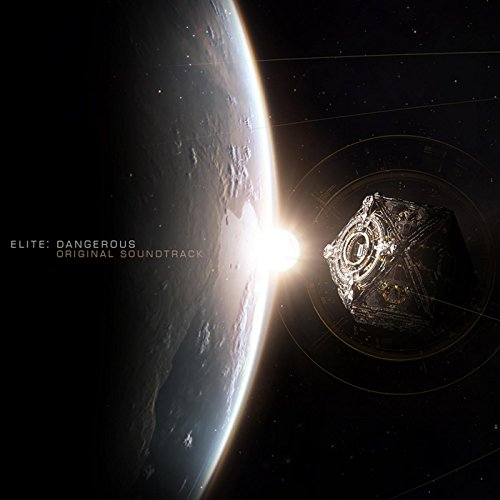 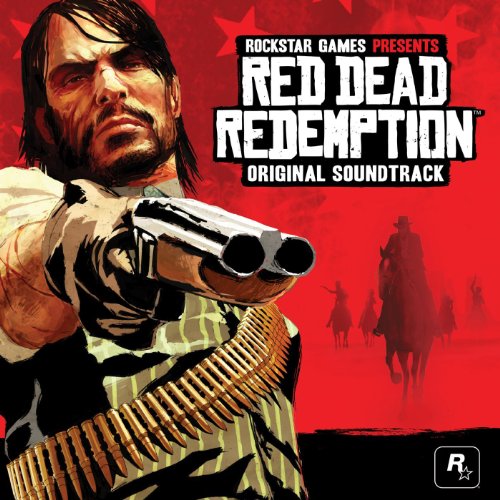 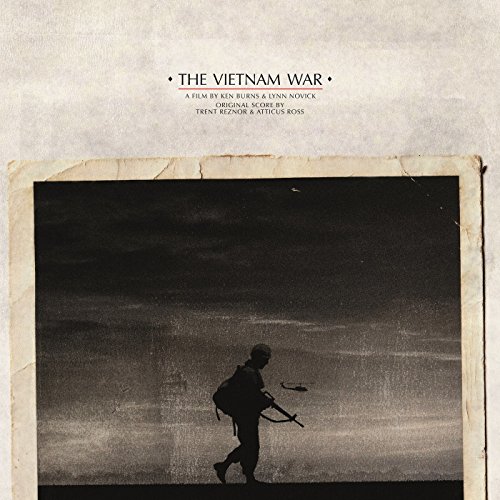 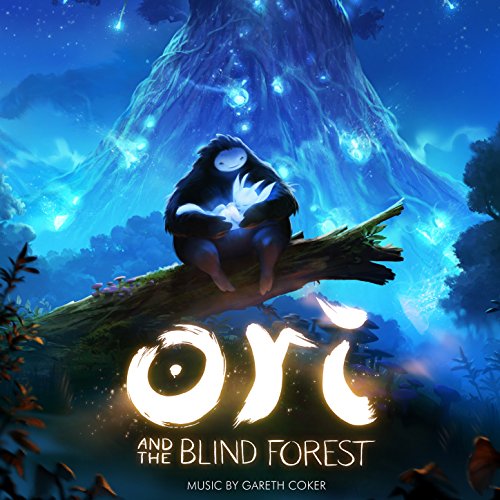 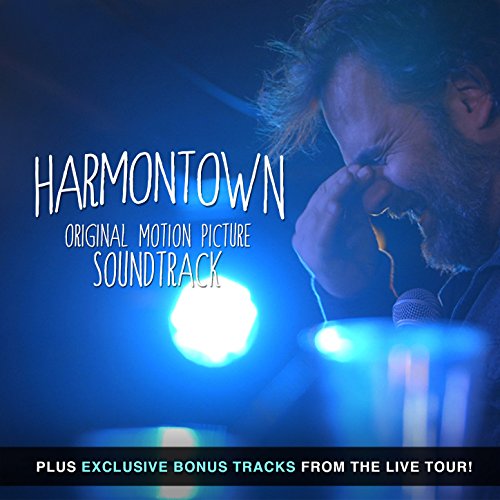 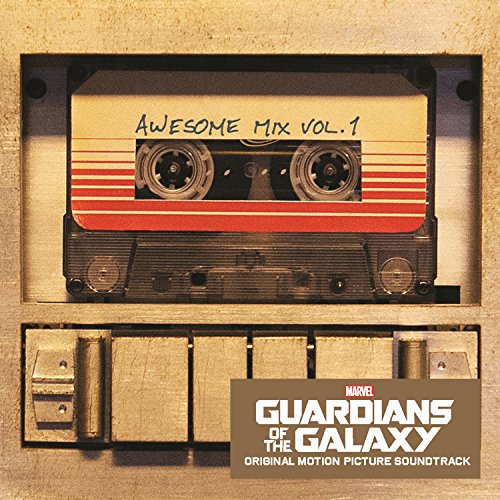 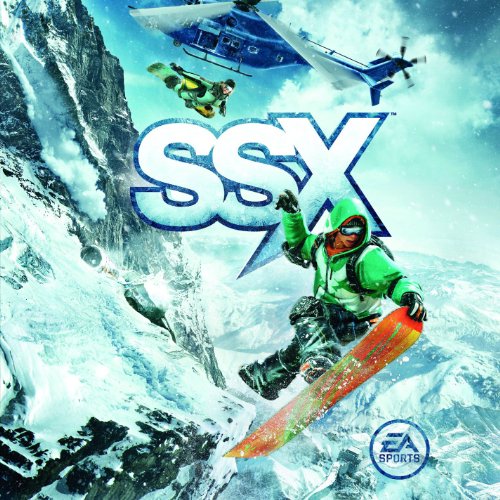 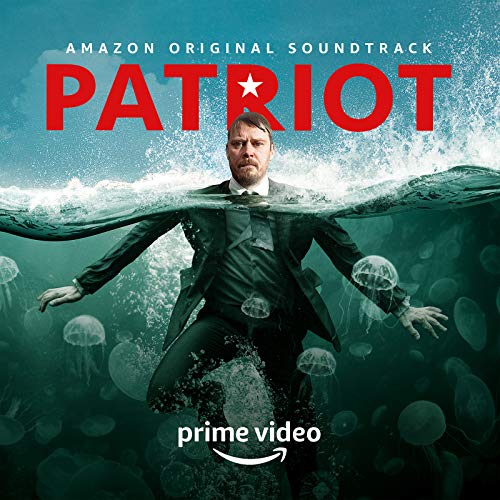 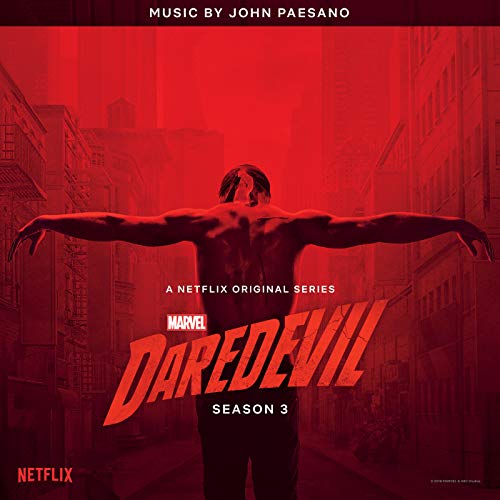 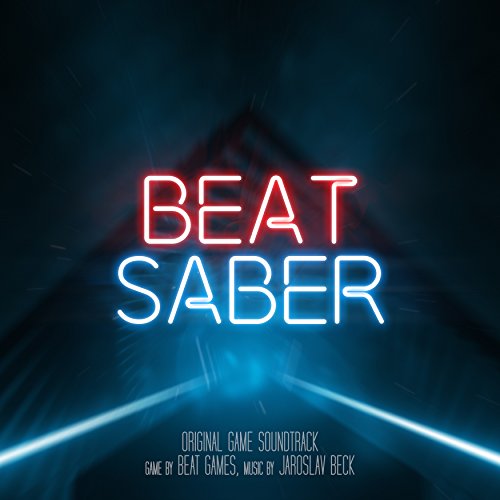 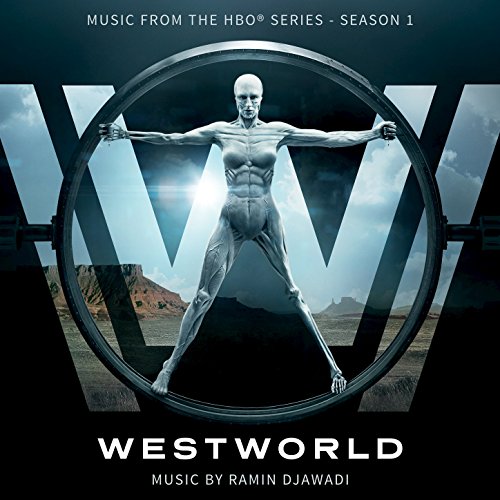 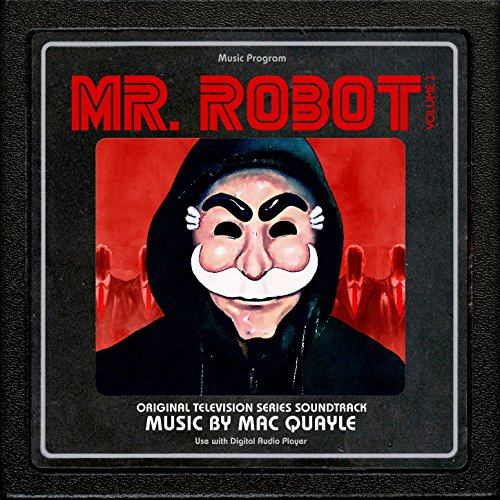 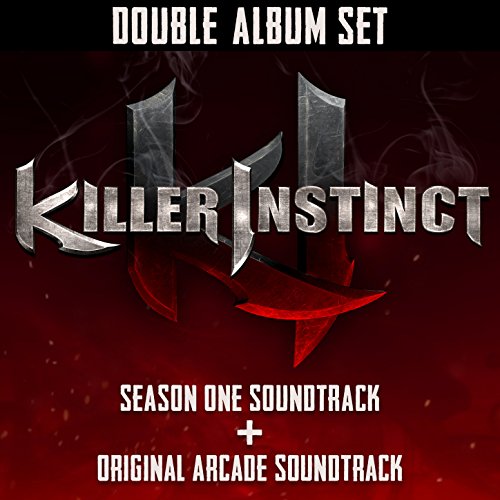 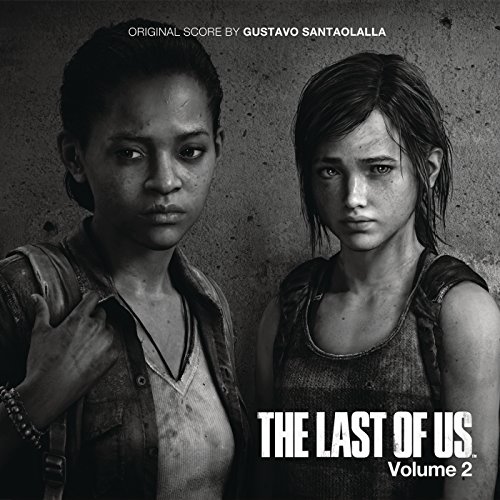 He's only responsible for the first two seasons. Celldweller and Atlas Plugged did season 3. Here's Killer Instinct 3's soundtrack (IT also has the few songs Atleas Plugged and Celldweller have done on there, everything through Aria's theme is by Mick) You can purchase both on Amazon ^^^(Season ^^2)


He's one of the best composers in the industry atm, IMO.


Here's my personal favorite from 'The Old Blood' which he did with the legend Tex Perkins.

And here's my favorite off the DOOM Soundtrack - BFG Division

also on Amazon
I'm not a country fan but I'll likely make the purchase anyway.

At the Alamo Drafthouse in Austin, it seemed there were more people watching GotG than Turtles. I just watched Guardians for the 2nd time, full house still.

The soundtrack is available on iTunes internationally, however you may need to wait for your timezone to hit midnight on the 23rd of May to be able to purchase it. It is, however, available on the following iTunes store regions:

You can now listen to a sample of each track HERE.
I'm disturbed about the last track (which could be used of the last scene), the name is "For the Realm", it is a harp version of the main title.
To me, harp = Rhaegar.

Also remember this: Just because it's for a movie doesn't make the song any less special. Just because it's lyrically tied with a moive, doesn't mean it has no meaning. Movie or not, Tyle writes what he wants to. Be proud clique. The boys are growing up &lt;3 |-/

It's also on Amazon US, but doesn't look like it's on the Google Play store yet.

Suicide Squad album is on amazon for pre-order, it includes Heathens, https://www.amazon.com/Suicide-Squad-Album-Explicit/dp/B01H5ZZCLY/ref=sr_1_3?s=dmusic&amp;amp;ie=UTF8&amp;amp;qid=1466110586&amp;amp;sr=1-3-mp3-albums-bar-strip-0&amp;amp;keywords=suicide+squad

It's also on Google and Amazon for those of us with those services:

MAJOR ASOS AND S3 SPOILERS IN THE LINK.

Here's the whole list. The song immediately following [asos](#b "is called The Heir to Winterfell. And it's so sad and mournful.")

And the song after is probably from E10, but it's chilling.

the track is called all gone (seasons), and you can find it on part 2 of the soundtrack.

The full soundtrack will be realsed on monday, Dec 5.

Well, she has an album out.

I believe the only physical release of vol 2 is on the mondo vinyl but is available digitally on iTunes and Amazon etc. https://www.amazon.com/Last-Vol-Video-Game-Soundtrack/dp/B00I8LL0LQ

The 11th track, so excited!

It is out on Amazon and might come out on Google Music.

Also, iTunes has been DRM-free for awhile now.

It's on amazon. Yaaaay

You should check out the music for the Killer Instinct reboot. All of the music for season 1 and 2 was done by Mick Gordon, the same guy who's responsible for the new Doom OST: https://www.youtube.com/watch?v=WjXou-PI8dI&amp;amp;index=8&amp;amp;list=PLXoLwc_9Kr3btFNupMK8dFz-qKPWPwIOD

Here are the listings for the official releases if you want to give the whole thing a preview:

Darn, I checked for it and didn't see it. Just found it. Feeling dumb... Yet happy!

For those not wanting to buy on iTunes or don't have iTunes can buy it on Amazon now.

Hi, welcome to the Elite Dangerous community. I'm by no means an expert, and I'm sure others will have a different opinion than I do, but I'll try to answer your questions in order.

Reznor did the musical score for the recent Ken Burns series on Vietnam. Not that you were asking.

This song is a slightly amended version of Restoring The Light, Facing The Dark from the soundtrack.

There's a Disney reference in season 2 that I don't think comes up unless you listen to the soundtrack (available to Amazon Prime members here).

The song "By The Way" plays as he's getting off the train in Season 2 Episode 1... but it stops before it gets to the second verse (I don't believe it picks up later, either).

Second verse lyrics:
I used to love this song called Not in Nottingham...
'Cause I think it gave me some important perspective,
Every town, has it's ups and downs,
Yeah I know it man, so I'm going,
But I'd trade my soul with anyone else on this train...

____
"Not in Nottingham" is a depressing little song from the animated Disney movie Robin Hood that has a really similar feel to "By The Way", and fits the mood of the entire show really really well.
https://www.youtube.com/watch?v=c2dImprgiB8
____
Not in Nottingham lyrics:
Every town
Has its ups and downs
Sometimes ups
Outnumber the downs
But not in Nottingham


I'm inclined to believe
If we were so down, we'd up and leave
We'd up and fly if we had wings for flying
Can't you see the tears we're crying?
Can't there be some happiness for me?
Not in Nottingham

And you can find it here.

There's a deluxe one too that has the score but it's in CD/vinyl form only.

Samples from the soundtrack are up on Amazon Digital MP3 Store

Pre-order for the soundtrack is on Amazon

The soundtrack will be out on August 5, the same day as the movie.

Anyway, who's hyped for the movie everyone?

It’s from this album I think you can buy the track individually.

&gt; I am a massive fan of res vr and farpoint and i am tempted to get beat saber is it worth it

Do you also like rhythm games and maybe also to do some fitness stuff? Then absolutely!

&gt;how long till it gets boring ?

OST has 10 songs, but there are about 15 songs on PSVR at the moment and more DLC is coming. Yesterday Expert+ mode was released... it will a long time until you good enough to do this like it's no challenge anymore.

Bought it shortly after launch, haven't completed the campaign yet and only 2 or 3 songs on normal Expert mode with S rank and still no song with some kind of modifiers, but still have lots of fun with it.

and $0.50 cheaper on amazon.
(I really hate the iTunes interface)
https://www.amazon.com/Bobs-Burgers-Music-Album/dp/B01LXUDYBA/

It's up now. I just downloaded it.

You can buy the mp3s on Amazon Music.

here you can buy it from amazon: http://www.amazon.com/Elite-Dangerous-Soundtrack-Erasmus-Talbot/dp/B00UPEQVPE

Here is a link to buy on itunes: https://itunes.apple.com/us/album/ori-blind-forest-original/id971519718

That song is called 'Martin Tidy' and if you have Amazon Prime, both seasons' soundtracks are on there

Link to Amazon copy of soundtrack. (Not sure if substantially different)

They said they are going to release the soundtrack on spotify, etc, soon, but didn't give an ETA. I enjoy rhythm games even when I don't like all the music. The type of music here works great for this game.

EDIT: actually it's already out. Here it is on Amazon Music Unlimited: https://music.amazon.com/albums/B07C5D876W

If you have amazon prime . You can download the whole cd of the original track list also on the amazon music app for free. It’s a good list!

Oh! You definitely have to get the glow in the dark stars! Why? Cause "glow". And cause "in the dark". Oh and don't forget "stars"! Everyone should have these on every ceiling in every home! Haha!

As for me, I would love this Game of Thrones soundtrack! For epic reasons of intrigue, danger, violence, and wonder of course!

If I were the director I would do it this way: [ASOS](#b "The RW is happening as Arya is fast approaching The Twins. Once Robb and Cat have been dealt with it then shows the whole massacre in a slower motion shot with "The Rains of Castamere" being played. Then it shifts to Arya running when the hound knocks her out to a black screen playing to the credits to "The Rains of Castamere". Then I would start episode 10 with a slow motion zoom/pan out of the Freys/Boltons/Lannisters throwing GreyRobb {stuffed with arrows} into the river while the song "Heir to Winterfell" plays")

I want music!
I'd love an album, especially [this one] (http://www.amazon.com/Game-Thrones-Music-Series-Season/dp/B00D4IFD4I/ref=wl_it_dp_o_pC_nS_nC?ie=UTF8&amp;amp;colid=QIIFXBASGB85&amp;amp;coliid=INVWOHQ5U6HGT).

Oh that reminds me! I need to buy the sound track (now that is is on Amazon).
http://www.amazon.com/Destiny-Original-Soundtrack-McCartney-Salvatori/dp/B00NZCZ78A

I'm sorry work sucks for you :( I hope it improves!

When I'm at work, I like to listen to movie scores to help me get through the day - lately it's been the Inception soundtrack :) "Time" is freaking marvelous.

I would really like the Guardians of the Galaxy soundtrack. The songs they picked were FANTASTIC xD

Link to iTunes and link to Amazon for those interested.

Some of my favorite non-soundtrack ones are Final Fantasy VII Voices of the Lifestream and Legend of Zelda: Links Awakening: Threshold of a Dream.

I have a few others that I don't know where I found that I like as well. Specifically a Stone Tower Instrumental Remix from Legend of Zelda: Majora's Mask and the Ecco the Dolphin: Tides of Time from Sega CD

If you want to just listen to it you can find it on the facebook page here.

I suggest you get the album from Archer. She'll love it, and so will you. I hate country, but I love this album.

Just wanted to point out that the hallway fight scene music was titled 'Not Another Hallway'. Gave me a good kick

Is it Horseplay from the (original) Read Dead Redemption Soundtrack?

It's most likely soundtrack work. The composer for the show is John Paesano. There's a soundtrack album that might have that track on it, but there's no guarantee. Or you could ask him.

Found this while listening to this

It's free with Amazon Prime
https://www.amazon.com/Destiny-Original-Soundtrack-McCartney-Salvatori/dp/B00NZCZ78A

Also I believe you can listen to it on Spotify as well.

Here's a link to the Harmontown Movie soundtrack. The songs used on the podcast are the Bonus Tracks at the bottom.

I kinda found it for you, but it is only the mp3 files, not an audio cd.

Ryan Elder created all the music for the tour and the movie. He put a lot of the tracks up for sale here... doesn't look like the piano track is one of them, though.

Apparently it's only a preorder http://www.amazon.com/exec/obidos/ASIN/B00UPEQVPE/soundtrnet-20

You can play a preview at least.

Personally I'm not really impressed with the OST, I'd rather see Frontier put even more effort in the 'ambient soundtrack'.

Some preview of the OST

slightly unrelated, but this is the correct release of the soundtrack on Amazon, right? if I wanted to buy the MP3s

The entire soundtrack is quite excellent. It also is filled with subtle nods to the original games' musical cues.

I use Nintendo and Apple products despite hating their copyright practices. I don't see how that has any bearing on why you don't want to buy the Xenoblade 2 OST legally. If you hate Apple that much that you're not willing to sign up for a free account and install one app you can delete later, it's available on Amazon: https://www.amazon.com/Xenoblade2-ORIGINAL-SOUNDTRACK-Hiramatsu-Yasunori/dp/B07D1C6NN1/

Try this to find the track, with the preview option.

Instead of complaining about problems, work on a solution:

Edit: Just realized you might be an unfortunate Xbox user, so I'll defer to someone else to recommend the equivalent solution on that platform.

Edit 2: Also you could just pick up the soundtrack: