We found 12 product mentions on r/Antitheism. We ranked the 9 resulting products by number of redditors who mentioned them. Here are the top 20.

1. A History of God: The 4,000-Year Quest of Judaism, Christianity and Islam 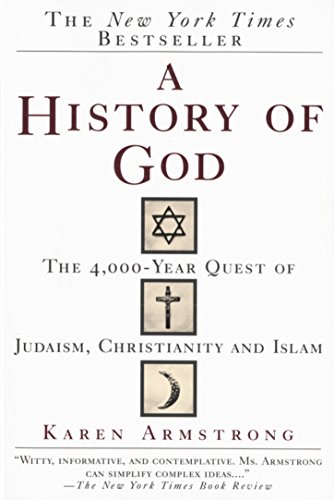 2. Lost Christianities: The Battles for Scripture and the Faiths We Never Knew 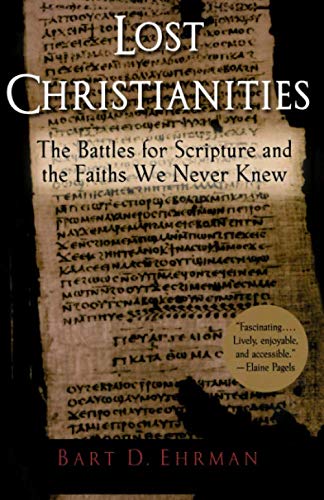 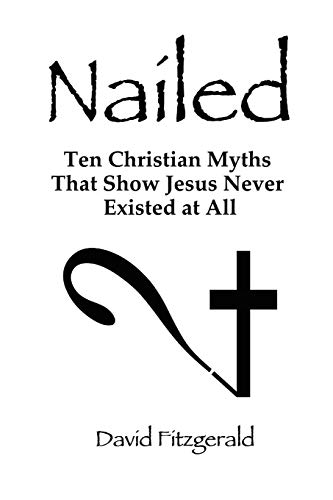 4. Logic and Mr. Limbaugh: A Dittohead's Guide To Fallacious Reading 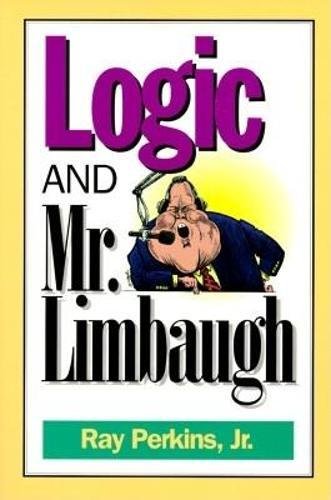 6. The Bible Unearthed: Archaeology's New Vision of Ancient Israel and the Origin of Sacred Texts 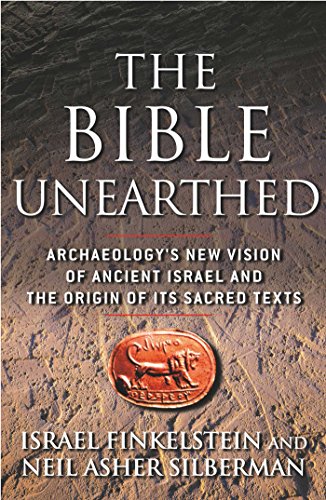 7. Why Are You Atheists So Angry? 99 Things That Piss Off the Godless 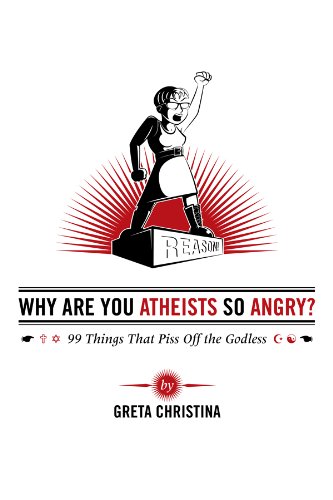 8. The Man From Earth 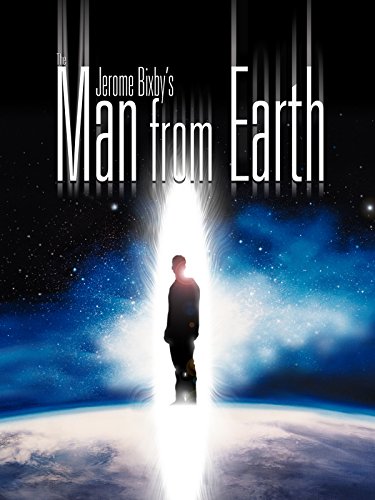 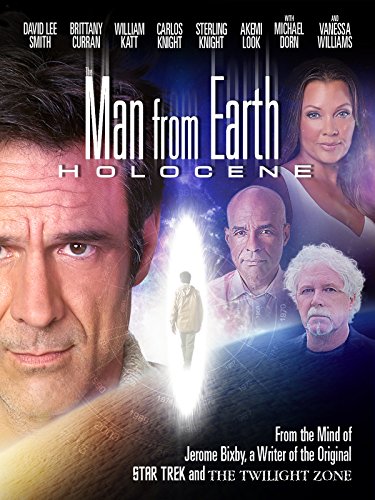 There's a lot behind the Bible as I'm sure you can guess but I'll try to give you a strong shoving off point.

Atheism: A History of God by Evid3nc3 on youtube and this similarly titled movie A History of God are both based on Karen Armstrong's book of the same name. I haven't seen the 90 minute one yet as I only found it when I searched for the youtube video links but I will sometime soon. Evid3nc3 has many other great videos that I recommend if you have the time and interest.

Anyway, these will give you a good grasp on the Bible's beginnings and the evolution of the Abrahamic god(s). The book can too, it just takes more investment.

Hope that's helpful. If not, let me know.

Bart Ehrman has some good books, I would also recommend A History of God by Karen Armstrong. She goes through the whole history of god from Abraham and up to Islam. It's really interesting, but I found it to be a pretty tough read so you might need to go through it slowly.

My favorite guide to the subject is "Logic and Mr. Limbaugh".

It teaches all of the standard logical fallacies by quoting statements Rush Limbaugh made that used them. :-) :-)

The Bible Unearthed is also a good resource. It's actually about the origins of Israel and Judaism, and provides valuable insight into the reliability of the Old Testament and its development over time.

This book lays out a mythicist viewpoint as well. An easy read.

The Man From Earth is a slow-paced cerebral film about a man who is 14,000 years old and meets with his colleagues to tell them his truth. Through the film, it turns out he was the man who traveled the middle-east speaking Buddhist teachings of peace and fellowship with one another, and that - to his dismay - became the legendary myth of Jesus.

The Sequel is "Man from Earth: Holocene" and it's 20 years later and his fanatical students find out he was "Jesus" and abduct him to torture the truth out of him.

The whole idea behind both films is that he is simply a man who is connected to the Earth and can never die. He hates that his teachings of Buddhism were taken out of context and used to create a religion that has brought death, destruction, and pain to the world. It's a subtle but genuine anti-religious pair of films with hints of environmentalism and stage-play settings.

If you have Amazon Prime, both are available to watch free.

The Man From Earth: https://smile.amazon.com/Man-Earth-David-Lee-Smith/dp/B077N4M7PQ/

The Man From Earth: Holocene: https://smile.amazon.com/Man-Earth-David-Lee-Smith/dp/B0785HYL76

Click the "used" tab for a super cheap copy.

For a list of good examples, I recommend Why Are You Atheists So Angry? 99 Things That Piss Off the Godless.

&gt;The distinction I was trying to make is between serious religious study, and the cheap bullshit used to justify horrendous crimes.

Argument can be made, and has been made by the likes of Harris, Dawkins, et. al. that fundamentalists are actually espousing the realities of the foundational religious tenants, whereas moderates are not. I see theology as a way to meld reality with religious dogma in order to hold onto outdated and irrelevant belief structures - such as god. I had this conversation with someone just yesterday who identified as an agnostic deist. I asked him why he felt he needed to hold onto the concept of god. Essentially what I got from him is that it gave him a sense of community because, although his concept of what ‘god’ is was probably different than others they could still share the common bond offered through using the same linguistic term to define this supreme being.

I am totally in the Harris/ Dawkins camp that sees religious moderates as only providing legitimacy to fundamentalism, and that the practice of fundamentalism is the true practice of these religious ideologies in their unaltered, unabridged, to-the-letter, way. I’m an antitheist because I don’t believe it’s feasible to have an individual relationship with religion and use it to make just yourself feel better. Religion comes with tremendous baggage, and ultimately there’s runoff. Those who attach themselves to religion are those who are not satisfied with reality – they need to have more, there needs to be a higher purpose to things, as if what they have is not enough. This thinking ultimately leads to classism (it’s the foundational thinking of capitalists – never being satisfied with sustainability – always wanting more). Classism dictates the need for superiority over others and in religious terms this translates to othering non-believers. Now, this is all fine and well if an individual adopts a religious perspective completely on their own and lives a monastic life without contact with anyone else that may be affected by their beliefs – but that is statistically highly improbable. (This idea is used by many religious and self-loathing atheists as a justification for the perpetuation of religious thinking: “It’s alright if it makes them feel better, do good things and doesn’t hurt anybody else.”) Ultimately there is spill-over, because of the human need to collectivize and socialize with the like-minded. The worst part, in my opinion, is the ultimate indoctrination of children (of which the majority of religious adherents have been). I’m in the Hitchens/ Dawkins camp that view childhood religious indoctrination as a serious form of child abuse. There is no training manual for parents, and they want what’s best for their children so they tend to mimic and bestow the best parts of their perception of their upbringing and lives onto their children. Because they were brainwashed into believing religion is one of the best parts of their lives they pass that onto their children. As so many commenter’s in this thread have already said, statistically, religious indoctrination instills a lack of skepticism and stunts critical thinking outside the borders of their prescribed faith. By indoctrinating their children into their religious beliefs parents are stunting their children’s mental development with regards to being the best uninfluenced individual decision maker possible once they reach maturity. I speak this from experience as someone who was raised Jehovah’s Witness. It took me a LONG time to free myself from that, and had I not been forced by the government to attend school, I would probably never have had an out intellectually.

&gt;Would you agree with this [re. my Vietnam Statement]?

Yes and no. I do see religion as playing an important if not often mentioned part in the historical narrative of Vietnam. At the “great man” political level, there was a heavy influence from the Catholic Church in the affairs of the Vietnam War. (Here’s an interesting read on that)

With regards to the American soldiers on the ground I haven’t been able to locate the demographics from 1958-75, but considering the current religious demographics of the U.S. Military, I would fairly assume that the levels would have been higher in previous years (especially considering the recent uproar over an atheist in the air force refusing to pledge “under god” and the after effects of that in the courts). Also if you boil down the tenants of Nationalism as being the same as religiosity, you can argue that the same mind set is at work, and they go hand in hand. (I’m just as opposed to nationalism as I am to religion, by the way – both stifle critical thinking).

Two notable examples on either end of the spectrum is that of Ron Kovic, who was devoutly catholic when he enlisted for the Vietnam War, and then fought against it after he returned disabled (If you’ve seen “Born on the Fourth of July” you’ll know Ron’s story). And that of the soldiers who took part in the “Incident on Hill 192”, particularly Pfc. Steven Cabbot Thomas who was a co-founder of a white supremacist church following his crimes in Vietnam. (The incident on Hill 192 was dramatized in the Michael J. Fox/ Sean Penn film “Casualties of War”).

&gt;it seems more like common human cruelty, considering that the majority of these soldiers probably weren't that well versed in Christianity anyway.

Considering the amount of army chaplains in the military and the requirements that still exist, It is fair to say that most were well versed in various forms of Christianity. There would need to be a study of Vietnam Veterans which would pose the question of how their religiosity played a role in their view of the war to come to a definitive conclusion and I know of no such study.


&gt;From what I have seen, it seems as if racism and bigotry play a larger role than religious belief in many conflicts, even those based on religion.

Racism and Bigotry played a tremendous role in the Vietnam Conflict, and in fact those ideas have come to dominate the Historical narrative on that war. A fantastic book to read that covers the topic of American atrocities committed in Vietnam is “Kill Anything That Moves” by Nick Turse. Turse doesn’t really talk about religion but does talk a great deal about racism and ideas of National and ethnic superiority as being justification for horrible things like the Incident on Hill 192 and the Mai Lai Massacre.

But again, I wouldn’t absolve Religious influence by separating it from Racism and Bigotry – they work hand in hand. Religion has historically played a tremendous role in fostering racism and bigotry. As I explained above, religious adherence comes from a need to have more, which is the same as needing to be better than others. This is a core tenant of racism and bigotry – the adherence of superiority/inferiority. I assume you’re a theologist? If so, how many pages of the Old Testament are spent describing the ethnic superiority of the Jews (chosen people) and their military conquests over inferior races with the blessing of god? This plays a tremendous reinforcement of the concepts of racism and bigotry. There is significant weight in the argument that children are born racist, just as Dawkins says all children are born atheist.

Historians have to be careful because the information that is omitted from the factual accounts can play an important role in supporting and shaping the public perception and can tremendously aid the goals of state propaganda. As I mentioned in my previous wall of text, Many Cold War Historians have talked about how the Orthodox Church was persecuted because the Soviets wanted to take their land. This paints the Soviets as being the bad guy – flat out. What they don’t mention is the additional information of the Church’s resistance because they wanted to maintain control of the lands they owned and the power they had over the peasants. They don’t mention the incitement for rebellion for selfish reasons because it challenges the pro-capitalist message that has been established. “Great Man” history succeeds by simplification and omission, whereas Marxist History that focuses on the people and mass movements is a clearer, fuller and thus more accurate account in my opinion at least.