We found 23 product mentions on r/altcomix. We ranked the 70 resulting products by number of redditors who mentioned them. Here are the top 20. 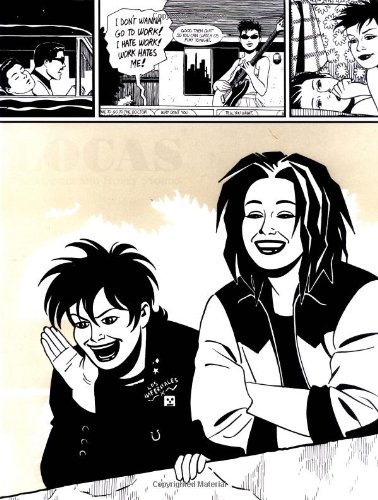 2. Comics and Sequential Art: Principles and Practices from the Legendary Cartoonist (Will Eisner Instructional Books) 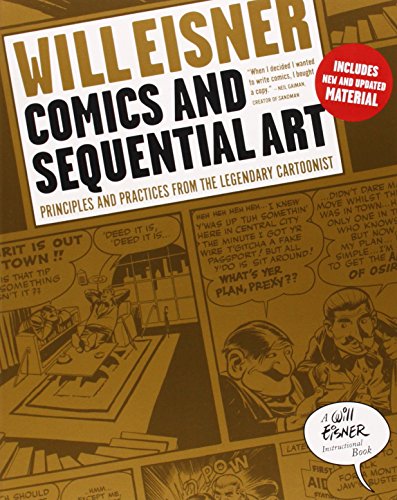 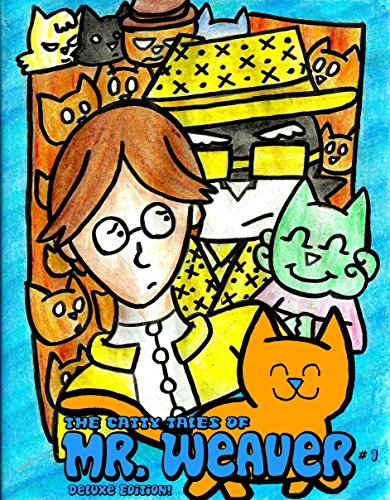 4. Bridgman's Complete Guide to Drawing From Life: Over 1,000 Illustrations 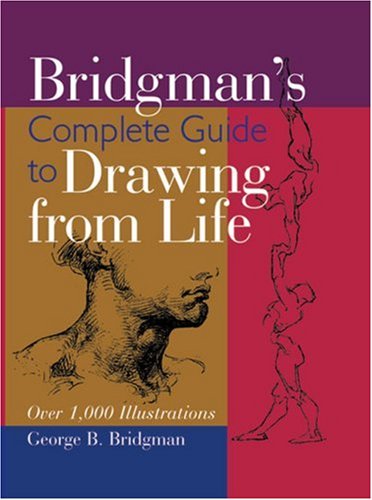 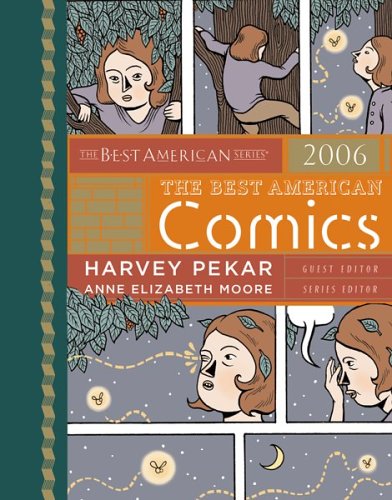 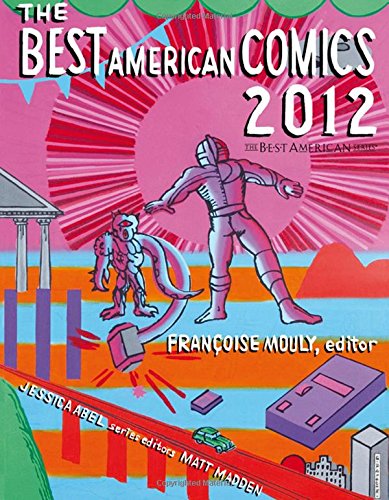 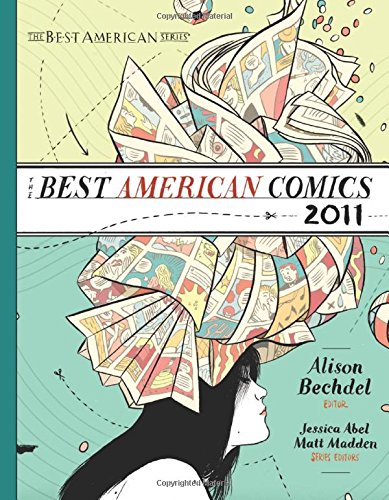 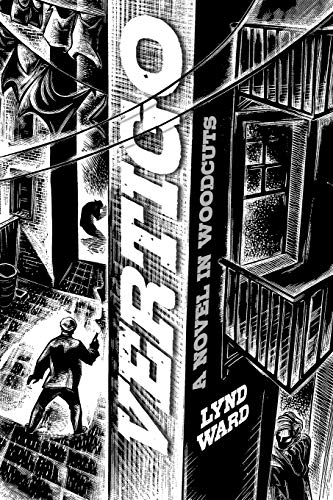 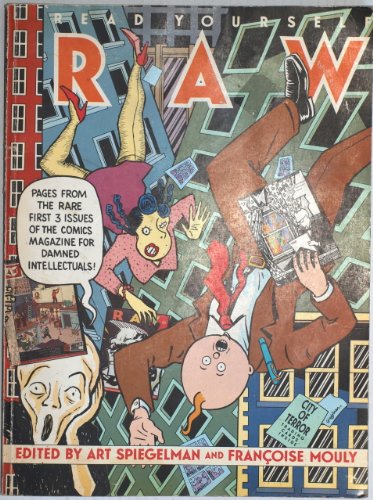 10. Expressive Anatomy for Comics and Narrative: Principles and Practices from the Legendary Cartoonist (Will Eisner Library (Hardcover)) 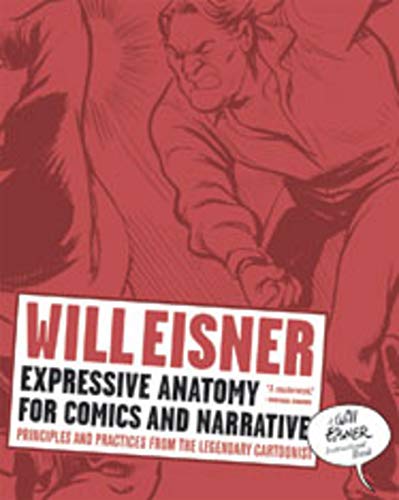 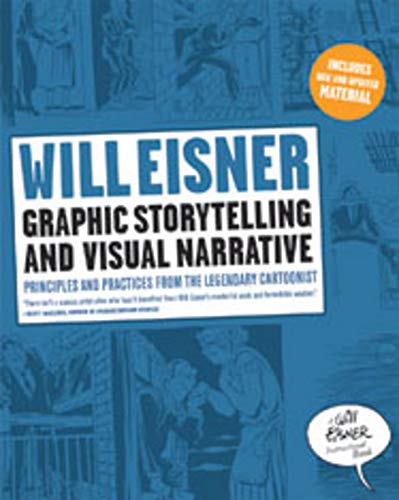 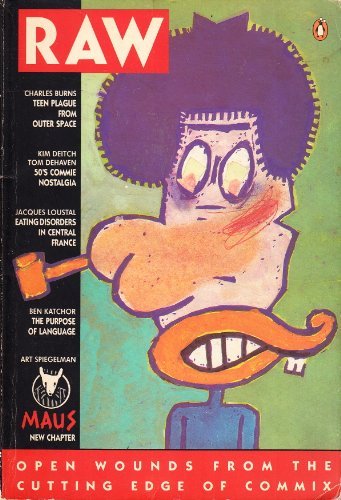 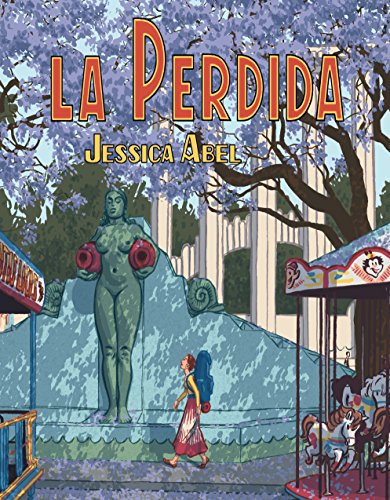 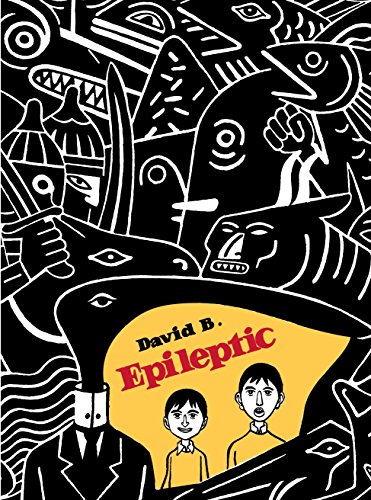 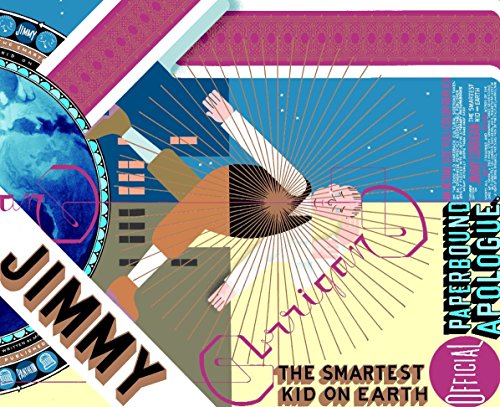 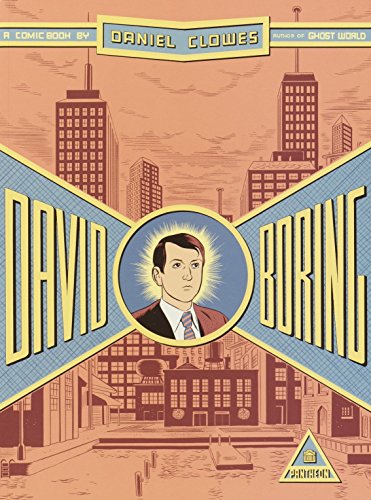 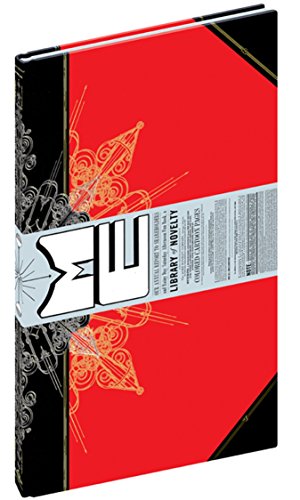 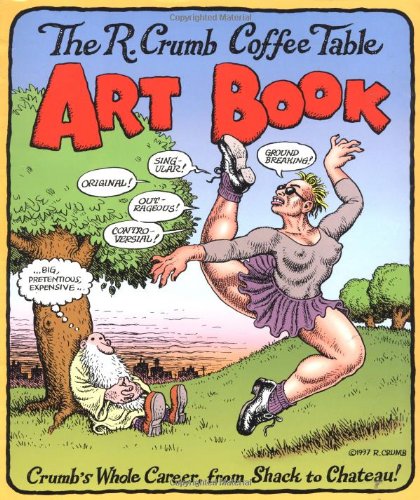 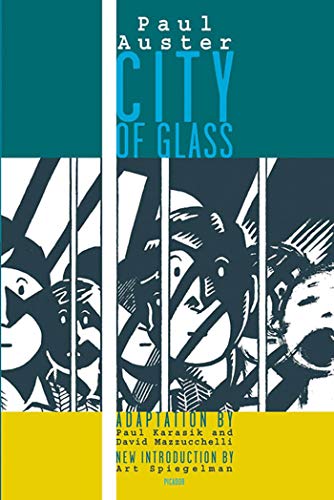 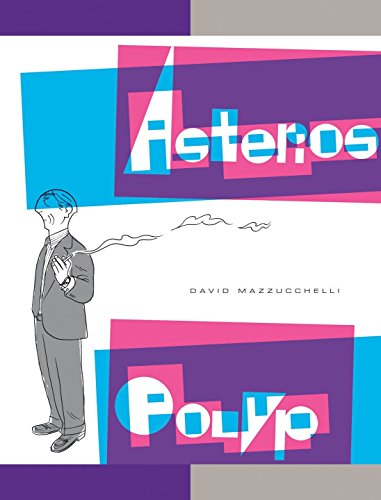 There have been a number of anthologies that came out in the last 10 years that feature a diverse group of cool artists.

Kramers Ergot - is a legendary anthology that I have heard much about but haven't seen.

MOME - was an quarterly anthology published by Fantagraphics that was pretty popular and had a diverse artsy mix.

The Best American Comics - is an anthology of the best comics that came out at any given year. It's pretty cool and diverse. 2012 actually has Francoise Mouly as editor and she includes a lot of the RAW alumni in it.

I'm gonna disagree with a lot of people and tell you to not buy Understanding Comics. I mean, you can, I don't disagree with most of what he teaches, but I disagree with his results. Perhaps it's one of those 'good in theory, terrible in practice' things. The Sculptor, his latest (?) book uses his UC technique 100% and while it makes for an easy read, it's visually boring and the story is just one unbelievable trope after another, complete garbage.

I'm also not going to tell you to copy other comic artists, that's a very common mistake in comics. When you copy other comic artists you learn their mistakes, or shortcuts, or cheats. I still find after I've drawn a page I'll go back and see where I unintentionally swiped a pose or technique from John Buscema (How to make Comics the Marvel Way had a big influence on me as a teenager, which is who it was made for).

For figure drawing you want George Bridgeman. His figure drawing techniques are the foundation for pretty much every other great illustrator in the last 100 years.

Another good source is Burne Hogarth (Dynamic Anatomy, Dynamic Figure Drawing) his stuff is more action and hero based, but his lessons are sound. He founded what became the School of Visual Arts. These were my first art books when I was a teenager, and they still hold up.

For storytelling, I go for Will Eisner's Graphic Storytelling and the Visual Narrative, Sequential Art Principles and throw in Expressive Anatomy, because, why not?

David Chelsea's Perspective for Comic Artists is great, because it teaches you exactly how to do correct perspective, then in the last chapter he tells you how to cheat at all of it.

For classes, take a look at the horribly designed website for http://comicsworkbook.com/ it's run by a guy, Frank Santoro, who's actually not one of my favorite artists, but he knows his shit, for sure, and he's a helluva nice guy who loves comics 100%. I think his full online class is $500 and he runs it twice a year, I think. Also look in your area for a college or art store that might have figure drawing classes, they are invaluable.

EDIT: I just finished it. This is one of those few books that has hit me at just the perfect time in my life. This changed my life.

If you you've already read Ghost World (and if you haven't, you should) Check out David Boring . It's one of his darker and and more satfisfying pieces. His earlier stuff is neat, but it's got a fever dream quality that can be a challenging read. Wilson, Mr. Wonderful, and Pussy! are dark and funny, but not quite as cerebral.

Crumb Coffee Table Art book book is really fantastic. Really gives a full breadth of his career and development. It has sizable sampling of everything with great commentary. I can't recommend it enough.

Crumb Family Comics is good too as a companion for his documentary.

Honestly, I find any of his collections of a single topic to be a little much. I'd stay away from a Mr. Natural or Dirty Laundry anthology if you are looking for a broader scope.

I agree with /u/MicMit, and that Fantagraphics link is great.

Personally, my entry point were the two enormous hardcover collections, Locas: The Maggie and Hopey Stories, and Palomar: The Heartbreak Soup Stories. Neither is completely comprehensive, but I loved reading each brother's respective works en masse this way.

I think Locas is out of print, but if you belong to a public library, you may be able to request copies!

Hi there, I'm the comic's creator. The Catty Tales of Mr. Weaver is an absurdist drama in which a secret order of cats is trying to take back the planet. They have a prophecy that a human will arise who will lead them to a revolution -- but it turns out the guy the prophecy points to is a bit of a dork.

Originally this was to be a graphic novel but I'm splitting it into three parts. I did the writing, the drawing, and everything except for the proofreading -- I bribed a professional proofreader with a free meal to get that done. All of the coloring was done by hand with colored pencil which is sort of my weapon of choice when it comes to artwork.

There's also an alternate version -- a deluxe version! -- that comes with ten pages of behind the scenes stuff. It can be found here!. I'm only linking to the US version of Amazon, but if your country/region has it's own version of Amazon then it probably has this comic, as well.

I'd be willing to answer any comments or questions!
--Alex

I love autobiographical comics. Two of my absolute favorites are Epileptic by David B. and One! Hundred! Demons! by Lynda Barry.


Epileptic is beautifully illustrated book about David B's upbringing, his relationship with his brother and sister, him and his family's way of dealing with his brother's epilepsy and the development of his obsession of comics, mythology and war. His brother's illness takes a toll on the whole family psychologically, including David. He begins to have crazy dreams and waking fantasies of war and illness and monsters. I've read this book several times. One of my all time favorites and I'm absolutely captivated by David's drawings.

One! Hundred! Demons! is a series of comic strips (part autobiographical, part fictional) inspired by a Zen painting exercise called One Hundred Demons. Each story tackles one of Lynda's personal demons including: relationships, regret, and self consciousness. I really love the do-it-yourself feel of this book. Each story has a little handmade, scrapbook type title page and the back of the book features a short tutorial on her take of the zen painting exercise.

Smithsonian Collection of Newspaper Comics –– the newspaper comics in this book are a much bigger influence on alt comics than magazine format comic books from the same era. This is a huge oversize hardcover and is CHEAP! It is probably also at your local library. https://smile.amazon.com/Smithsonian-Collection-Newspaper-Comics/dp/0874741726/ref=sr_1_1?s=books&amp;ie=UTF8&amp;qid=1541791295&amp;sr=1-1&amp;keywords=smithsonian+comics

Apex Treasury / Bijou Funnies –– not real cheap anymore, unfortunately, but it is a fantastic anthology of the sixties generation of underground artists. Everyone is here! https://smile.amazon.com/Treasury-Underground-Comics-Bijou-Funnies/dp/0825632285?sa-no-redirect=1

RAW was also reborn as a smaller thicker paperback.

and one more recommendation =

Amazing Facts and Beyond: Since you live near St. Louis you should get this (cheap!) compendium of fake news from three of the best artists in STL! Show your quasi hometown pride! https://smile.amazon.com/gp/offer-listing/0984681469/ref=tmm_hrd_used_olp_sr?ie=UTF8&amp;condition=used&amp;qid=&amp;sr=

I'd recommend this:
http://www.amazon.co.uk/Vertigo-Novel-Woodcuts-Dover-History/dp/0486468895 the woodcuts are very good.

Recently read the first Copra compendium. The art is really excellent and the writing is fun though its basically just a silly, over the top superhero romp. While usually I like to get away from superheroes in comics, Copra's too well done to pass up, I'll probably grab the other compendium soon.

Also read City of Glass recently, it was very strange. The art is unsurprisingly great, with Mazzuchelli and Karisik illustrating. The writing was pretty bizarre, I had never heard of Paul Auster before so it kind of blindsided me. I don't even know how to describe it really, it was very confusing. Seems like detective fiction at first but its very confusing, melancholy and somewhat meta. I'd recommend looking into it but I wouldn't guarantee enjoyment.

Also about to start La Perdida. Don't really know anything about it though, just spotted it at the library and figured I'd give it a shot.