We found 22 product mentions on r/benzodiazepines. We ranked the 29 resulting products by number of redditors who mentioned them. Here are the top 20. 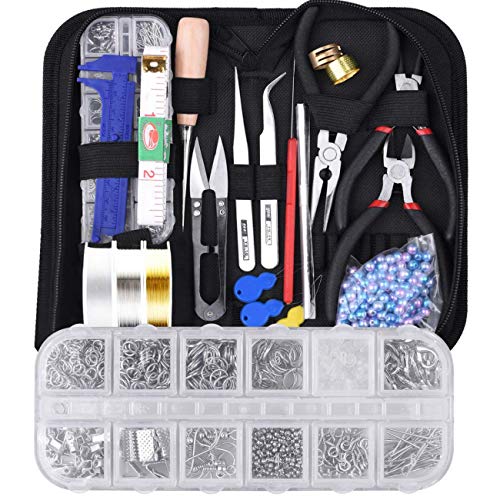 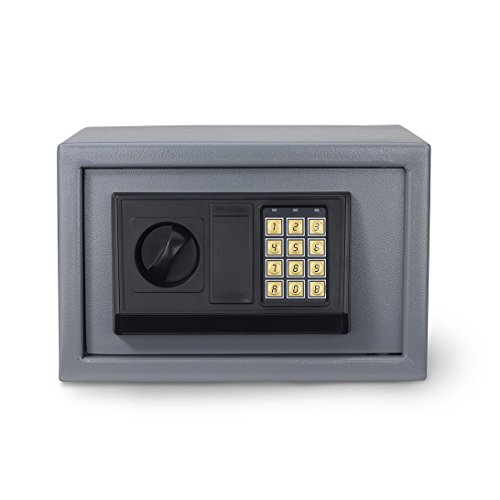 Sentiment score: 0
Number of reviews: 1
NEVER FORGET OR DOUBLE DOSE: This locked automatic pill dispenser allows patients to take the correct medications at the correct time, significantly improving medication adherence. Its Bluetooth capabilities allows the patient or caregiver to setup the dispenser and review dosage records via a free ... 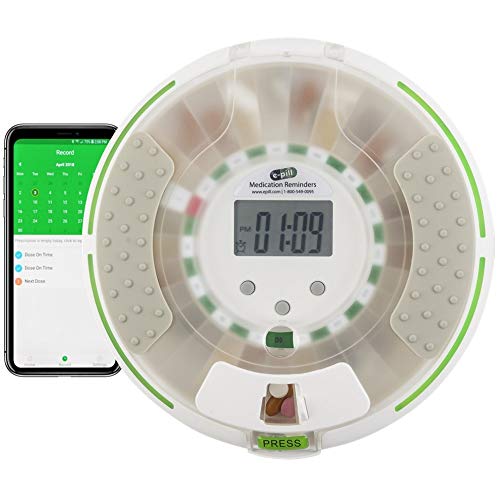 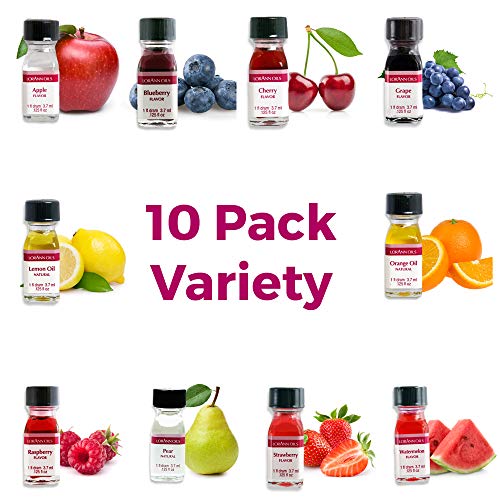 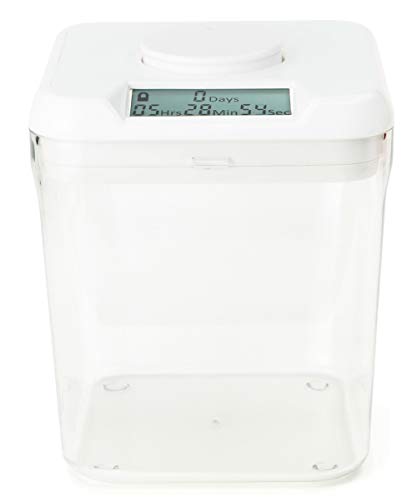 Sentiment score: 0
Number of reviews: 1
INDUSTRIAL QUALITY || 50ml capacity measuring cylinder made of premium quality, US sourced polypropylene plastic. Class B tolerance. The translucent, rigid polymer is resistant to fatigue for superior and dependable durability. Autoclavable for easy cleaning and sterilizationOCTAGONAL BASE || Cylind...

Sentiment score: 0
Number of reviews: 1
Chlorpheniramine is an antihistamine used to relieve symptoms of allergy, hay fever, and the common coldMedication works by blocking histamine, a certain natural substance that the body makes during an allergic reactionDosage as directed by the physicianAntihistamineUsed for Allergic Conditions 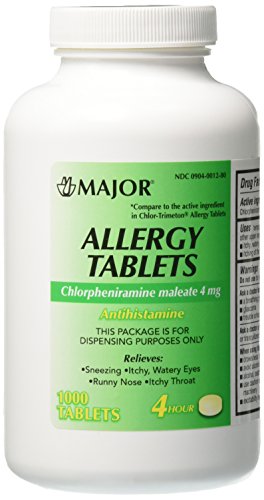 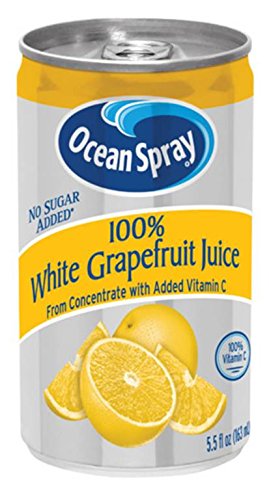 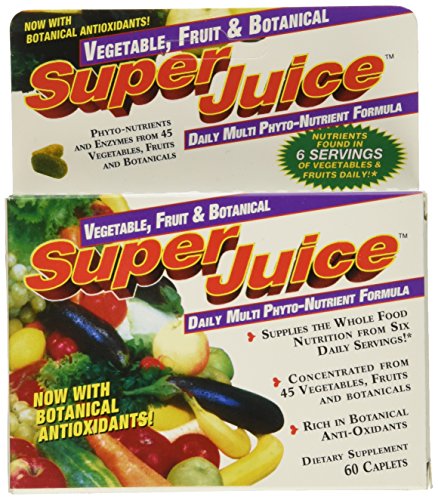 Sentiment score: 0
Number of reviews: 1
DAILY IMMUNE AND DIGESTIVE HEALTH* – LGG works naturally with your body to help restore the natural balance of good bacteria in your digestive tract, where 70% of the immune system resides.* Balancing the bacteria in the intestines not only helps optimize your immune system and supports your natur... 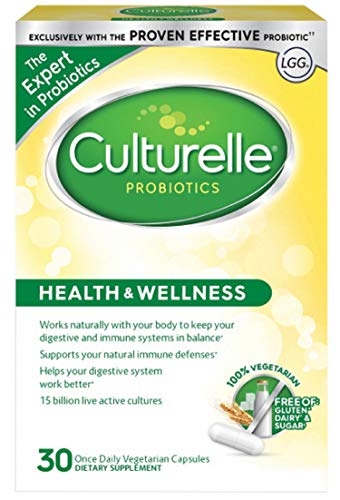 Sentiment score: 0
Number of reviews: 1
Portable Scale: This digital food scale measures 5" x 3" x 0.8", so it's the perfect size for measuring on the go. Use it to measure food, coffee, spices, or medication.Durable & Compact: This mini kitchen scale is perfect for travel and can fit in your bag. Plus, it easily converts between grams, o... 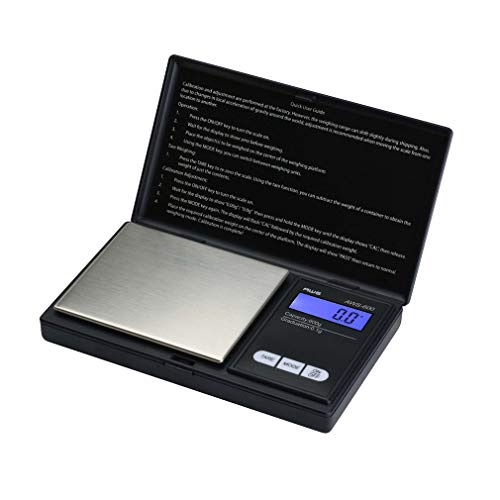 Sentiment score: -1
Number of reviews: 1
Contains phytonutrients from 12 fruits that are essential to health and vitalityTaking Orchard Fruits, along with a healthy breakfast, is a great way to start your dayVegetarianGluten-FreeContains No; artificial coloring, flavoring, corn, dairy products, gluten, preservatives, salt, soy, wheat, yeas... 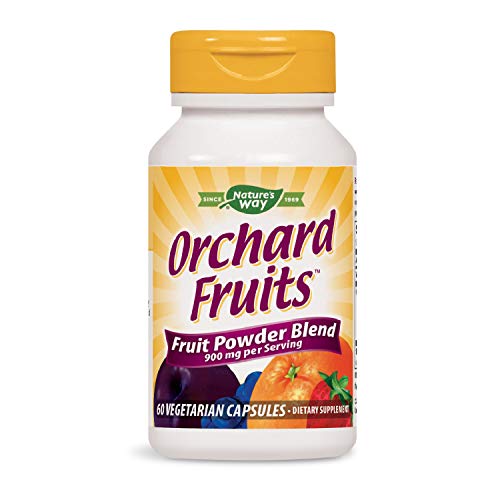 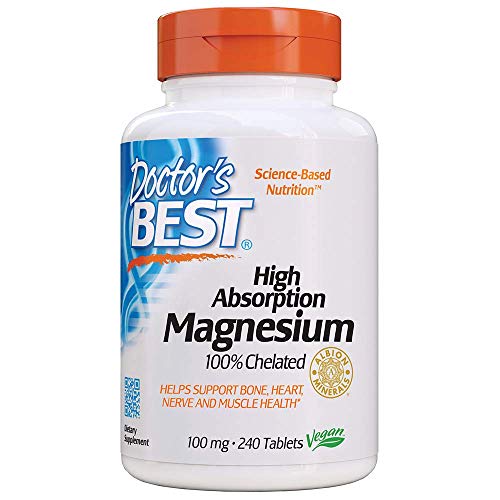 Sentiment score: 0
Number of reviews: 1
Freshly cold-pressed (first-pressing) using only the highest quality NON-GMO and organically sourced Nigella Sativa seedsHas a spicy and pungent flavor and is pressed from Indian or Turkish seedsSolvent and alcohol free

Sentiment score: -1
Number of reviews: 1
The power of vegetables: vegetables in the daily diet are essential to health and vitality. Taking garden Veggies Blend, along with consuming a healthy breakfast, is a great way to start your day!12 Veggie blend: the garden Veggies Blend includes broccoli, spinach, carrot, Beet, pea, tomato, cabbage... 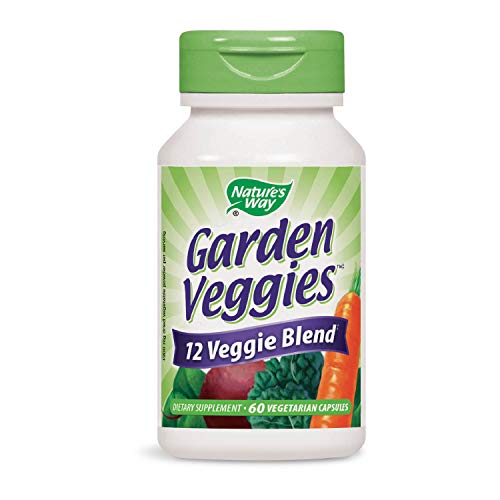 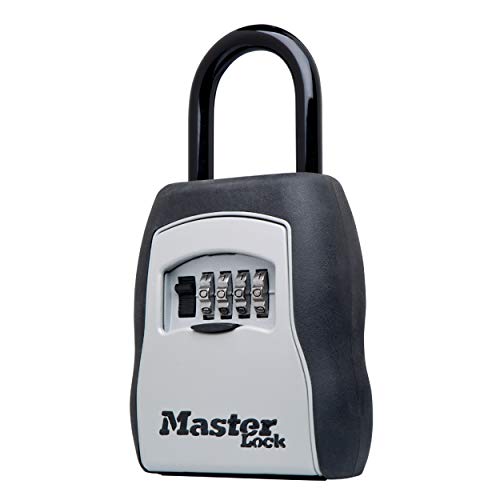 Sentiment score: 1
Number of reviews: 1
RELIEF OF OCCASIONAL SLEEPLESSNESS DUE TO STRESS: Natural relief of occasional sleeplessness and restlessness with accompanying stress, anxiousness, nervousness and irritabilityEASY TO TAKE: Easy to swallow tablets to ease tension and promote sleep naturally100 TABLETS = UP TO 100 DOSES of Hyland's ...

19. The Confidence Gap: A Guide to Overcoming Fear and Self-Doubt 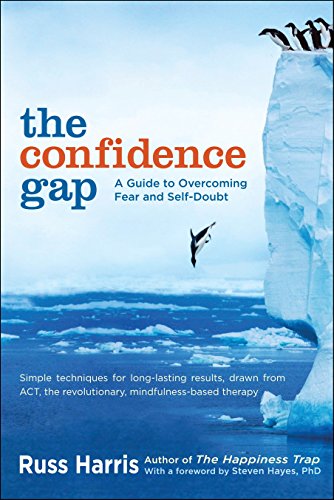 20. You Have the Right to Remain Innocent

Sentiment score: 1
Number of reviews: 1
You Have the Right to Remain Innocent 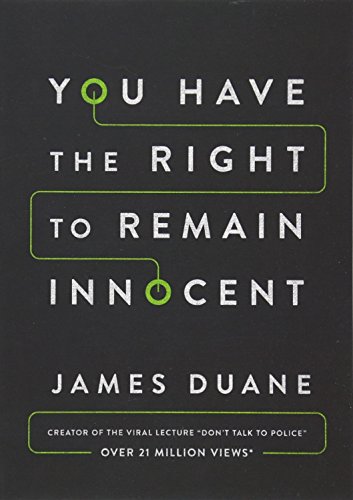 yeah being so young doesnt help. benzos are sort of seen as a last resort. they dont just throw them around, well good doctors dont at least.

when you say different pdoc everytime, are you going to the same building/network, or are you actually switching to an entire new office every time? the latter is called drug seeking. even the way you talk to your doctor may come across as drug seeking. you have to realize how many people they deal with everyday that are trying to finesse them for benzos. especially your age

edit - i see on your thread on /r/drugs that youre on probation. what are you on probation for? do your doctors know youre on probation? im not trying to jump to conclusions here but just reading your posts, and how you talk about being jealous of your friends who got benzos thrown at them, it sounds like you just want benzos and nothing else. youre already convinced that "antidepressants" or anything else wont help you and your mind is made up.

the other guy recommending magnesium is actually a decent idea as well. i take 200-300mg of magnesium glycinate every night (and 100mg in the morning). it actually helps a lot to relax and fall asleep. without a doubt the best/most noticeable supplement ive ever taken, honestly. its certainly not a cure all, but it definitely helps. im in my early 30s and have tried almost everything.

a bonus is that magnesium helps with constipation BIG TIME. i have several digestive "diseases" and constipation is one of the biggest side effects. magnesium fixes that. just dont take too much or you get diarrhea, takes a little trial and error to find the right dose.

Dont tell the cops ANYTHING. It doesn't matter how fat he is, they're all trained the same way. Don't tell them where you're coming from or where you're going to, it is none of their business and they are looking for reasonable suspicion to search you. These people are not your friend, they exist to throw you in jail and they have been trained to manipulate you into making confessions, especially ones that are false. The same cops that are trying to elicite a confession are the same ones who tell their own family not to talk to the police and there is a reason for this.

Instead, exercise your fifth amendment right: "I wish to use my fifth amendment right to remain silent" "I don't answer questions" "I want to speak to a lawyer", "Am I free to go?" "No, I do not consent to a patdown or to being searched". If they do find something it will be a lot easier to have the charges dropped. If you don't have anything, don't put the ball in their court and ramble because they will find something in what you said to use against you. In some states you dont even have to provide your drivers license/identification unless you are pulled over while driving. This book is short and it is well worth reading because it tells you not only why you shouldn't talk to them but it also includes story after story of what happened to people who talked because they felt they "had nothing to hide". If a police officer asks if you have something to hide, say "No, I have nothing to prove to you. Am I free to go?"

If you can not find the book or afford it, this video will work as a valid substitute.

Last thing: It is legal for the police to lie to you but it is not legal for you to lie to them, this is from a supreme court ruling. The best course of action is again, say nothing other than here is my license and registration. He was trained to ask you about drugs and medication and that it what was used against you, you gave him probable cause to conduct a field sobriety test because he elicted a confession from you. He would have not been able to do this if you refused any questions. Now you see why it is not in your best interest to talk to them. Even though you were innocent and had nothing to hide, you still got busted.

Go check the sleepaid aisle and the homeopathic aisle and look for herbal remdies and different sleeping pill formulations. I tend to stay away from anti-histamines like benedryl, they give me RLS and make me feel weird.


It's trial and error to find something that works. Melatonin is good, but has odd quirks: like having to lie down immediately after taking it and not sit up again for it to take effect. Also, less-is-more with melatonin, meaning a low dose works better - do some research because there is more you can do to increase it's effectiveness. &gt;&gt;This is what worked best for me after a lot of searching, maybe give it a try

I've been doing ACT for about a year now after 2-3 years of CBT. I've also done group therapy, and for ACT the required book that helped me start to understand/get a little better was called 'The Confidence Gap' by Russ Harris. Here's an amazon link, I definitely recommend getting it:

Get a safe or a lock box. Or do what I do and get both. Then put them in the lock box, then put that in the safe.

Its not guaranteed to stop you but it will slow you down.

These are great especially if you travel.
Plus if you're in your car with it and a cop has suspension they can't get into it with out a warrant.


Edit: sorry for the shitty link. It's the master lock key box, the kind you see out side apartment buildings

I have never used them myself, and there are many different types. Some just have a timer so you know when to take them, some are actual "lock" boxes that you can not tamper with, which will only allow you to get the medicine when the machine says. However, those kind are several hundred dollars. They can vary in the number of times they can be opened per day, so there are many variables. You can search them by googling timed/locked pill dispensers. Here is one example of the totally locked ones https://www.amazon.com/Bluetooth-Automatic-Dispenser-Medication-Reminders/dp/B07C5YDKDL/ref=sr_1_2_sspa?ie=UTF8&amp;amp;qid=1537773493&amp;amp;sr=8-2-spons&amp;amp;keywords=locked+pill+dispenser&amp;amp;psc=1

Doing a quick search, it seems that a device like this could work, too. Its made for cigarettes and such, but only opens when the alarm says. It is much cheaper than the actual locked medicine ones (although I'm sure it's not tamper resistant). https://www.amazon.com/kSafe-Time-Locking-Container-smoking/dp/B00ZDAZFCU/ref=asc_df_B00ZDAZFCU/?tag=hyprod-20&amp;amp;linkCode=df0&amp;amp;hvadid=198077890298&amp;amp;hvpos=1o1&amp;amp;hvnetw=g&amp;amp;hvrand=2829421488128976062&amp;amp;hvpone=&amp;amp;hvptwo=&amp;amp;hvqmt=&amp;amp;hvdev=c&amp;amp;hvdvcmdl=&amp;amp;hvlocint=&amp;amp;hvlocphy=9015297&amp;amp;hvtargid=pla-349905519725&amp;amp;psc=1#customerReviews

CBT is the best way to deal with anxiety. Check out the book Feeling Good. For people with typical anxiety, this book helps a lot. If your anxiety is above and beyond the normal, then I'd go see a therapist who specializes in CBT.

Do yourself a solid and buy these products before using this powder... Any questions on volumetric dosing PM me.

I bought one of these. Just dose, throw your benzos in there, and set the timer for as long as you feel necessary.

Morning after/hangover anxiety is the soul reason a great deal of people quit drinking and or become alcohol dependent.

Homeostasis is the enemy.

Get some lactobacillus . Check out the links between gut bacteria and anxiety/serotonin production. Fermented food three times a week CBT and exercise.

Ashwagandha is not a direct GABAA agonist. I swear by 500mg Sensoril Ashwagandha extract while tapering.

CYA is the first and last class of medical school and every symposium they go to.

if you go back to this "doctor" I'll have no sympathy. I could have sent you to amazon for antihistamine they have Chlorpheniramine Maleate 4mg, 1000 tablets for $8.60