We found 13 product mentions on r/icecoast. We ranked the 7 resulting products by number of redditors who mentioned them. Here are the top 20. 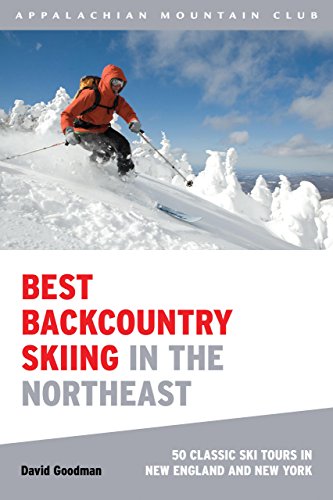 Sentiment score: 1
Number of reviews: 1
ADVENTURE TRAVEL READY – pack a jacket, helmet, boots, and all your must have gear in this bag for your next outdoor adventure. The Athalon "Everything" Boot Bag is loaded with features to suit your active lifestyle.COMFORT FEATURES – this bag include padded hidden backpack straps, four padded l... 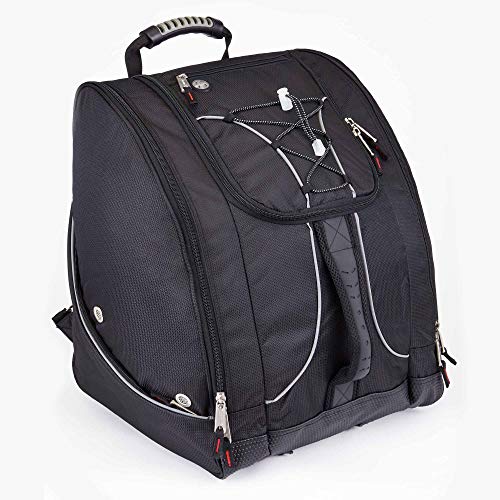 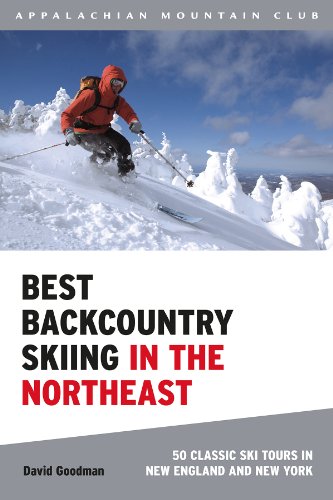 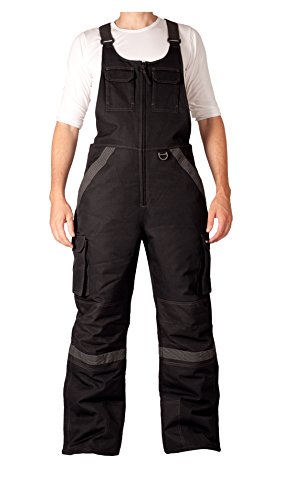 Sentiment score: 1
Number of reviews: 1
Portable boot dryer and shoe dryer combines traditional convection drying with forced airHybrid forced air and convection system heats to 99-degrees to dry footwear in less time than it takes most other portable dryersAC/DC power adaptor means it can be used at home or in the car; compact design pac... 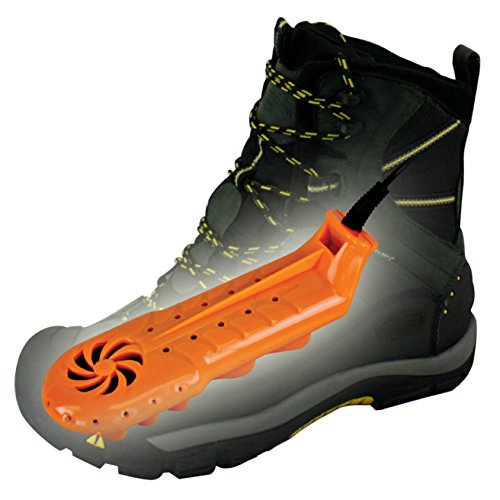 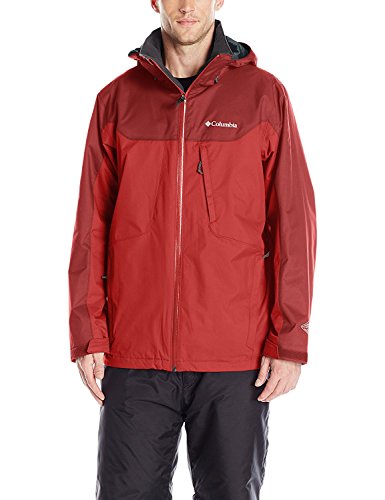 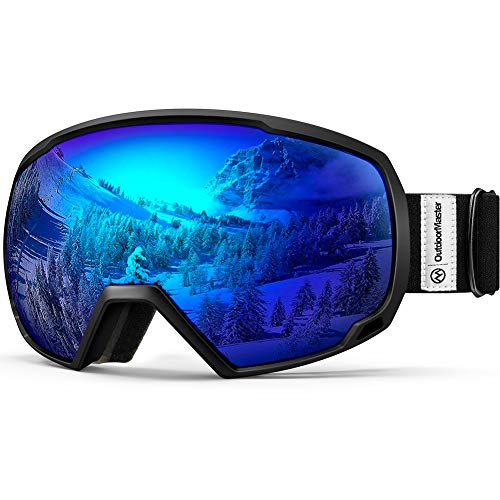 Hey y'all! Some folks have posted good fb groups, but I thought I'd post a few resources for where to start, in case you've never toured the backcountry in New England. David Goodman's book, Best Backcountry Skiing in the Northeast might be considered our Bible. There is one major, brand-new asterisk, and that is that many of the newly gladed areas have been developed since the most recent release of the book. So as a result, places like Brandon Gap (VT), Maple Villa (NH), and Ascutney Outdoors (VT) never had a chance to be in the book.

My starter recommendation: begin by getting (or at least reading, you can probably find much of the contents online, but David Goodman seems like a good man so buy the book) the Goodman book, and deciding how much you want to get into the sport.

For example, most steep tours require (or seriously recommend) skins and a touring setup, while some can be done on classic skis with metal edges (sometimes called 'touring skis' but they are distinctly XC skis), and still others (like Tuckerman late season) can be done by bootpacking alone.

For gear: This question is frequently posed, so I'll provide a suggestion: I would not recommend relying on bootpacking for backcountry access (except for the steepest terrain, &gt;35 degrees and narrow, like Tuckerman late season), since bootpacking is at best exhausting and extremely inefficient as a means of travel. We've all awkwardly stumbled through 16 inches of fresh in driveways or whatever to get to our cars; imagine doing that for several miles rather than a few dozen feet! At the bare minimum, snowshoes (and skis/ski boots on your back) are useful. Skins and a touring setup are ideal. If you do choose to brave the bootpack method, then congratulations on being in phenomenal shape! Please don't boot in the skin track (this is a big faux pas).

For avalanche awareness: Please do be aware that avalanches can and do occur frequently in the Northeast. The biggest defense we have is an awareness of context: for example, avalanches don't frequently sweep slopes less steep than 25 degrees, and that covers most of the backcountry glade skiing you'll do (for context, Killington's Outer Limits trail is ~32 degrees, and 25 degrees is roughly the steepness of lower East Fall, Royal Flush, or Highline, at Killington. Roughly. The point is, 25 degrees won't bore you). It's worth noting that even relatively shallow slopes can slide (including slopes as low as 15 degrees) in extreme circumstances. Furthermore, it's imperative that travel into avalanche terrain not happen at all before avalanche awareness is learned (via course, ideally), and avvy gear is acquired.

For risk: Another aspect of backcountry skiing that too frequently gets ignored (everywhere, in the west, as well) is risk awareness beyond avalanche issues, and with that, an understanding of how much risk each individual is willing to take on. Backcountry skiing, by its widest definition, is any skiing that takes place away from or outside the boundaries of a resort or ski area. It follows that, for example, if you go XC skiing on a flat farmfield by yourself in western mass, and twist your ankle, well, hopefully you can walk back to your car. Point being, injuries due to the sport itself are massively risky when you are far from help, even if those injuries are unlikely to happen. Consider who you are traveling with, where you are traveling, your means of traveling, the conditions, and whether all these factors combine to an acceptable level of risk for you. It's a good thing to keep in mind when you ski away from resorts.

I hope all this is helpful! I'll also remind y'all that backcountry skiing is, predominantly, fun and aerobically tiring. So those two factors (the fun and the aerobics) will be a huge factor as you start to abandon the chairlifts. Come join! It's great!

I've been hitting the mountain more this year than usual, often two or three days in a row.

Needed something portable, so I got these: https://www.amazon.com/gp/product/B010A5JBPO/ref=oh_aui_detailpage_o04_s01?ie=UTF8&amp;amp;psc=1

I have my doubts about the in-the-boot dryer like that, but let's see if it works well enough for a cheap travel solution.

Silica is always great, too!

That FB Group is good, found a partner for a cardigan tour their with a day's notice. Also checkout the north east noobski.

David Goodman's book is a must read (https://www.amazon.com/Best-Backcountry-Skiing-Northeast-Classic-ebook/dp/B0066E8UXI).

Also, Granite Backcountry Alliance in NH and RASTA in VT are great resources.

Boston here too. Not sure if anyone does backcountry group trips, but let me know if you find one! There's some decent side/back country terrain at Bolton Valley and Sugarloaf should have a whole bunch of new sidecountry stuff this year. If you're looking for an easy day trip, the Thunderbolt trail can be fun. There's also a few hut to hut routes you can do in the Whites and up near Katahdin in Baxter State Park. Tons more too in this book: https://www.amazon.com/Best-Backcountry-Skiing-Northeast-Classic/dp/1934028142

I got this jacket:

Columbia is not a high end brand like Arcteryx but I was able to score it for $100 and at that price it's a screaming deal. I've skied in it twice and love it.

Based on my experience, if you're shopping on Amazon prices can change dramatically based on how much stock they have and/or are trying to move. Sometimes even checking back 20 minutes later can yield a significant price difference.

https://www.mountwashingtonavalanchecenter.org/ - only forecasting in the Northeast, and should really be taken into consideration for the entirety of the Whites.

https://www.rastavt.org/trails/brandon-gap/ - Cool spot in VT, and snow conditions would be pretty similar to Killington.

https://www.reddit.com/r/Adirondacks/ - Plenty of information here on conditions if you decide to venture into the high peaks. Couple cool ski trails and slides in the region.

https://www.powderproject.com/ - Pretty sparse listings as of now, but that might change in the future as its relatively new?

The Athalon "Everything" bag is the bomb. $69 (lol) and comes in a ton of colors. Fits everything.

outdoorThese are the ones i use i can fit my glasses no problem. Yes they are cheap ,but do not look or feel. I also got a few compliments on them.