Reddit reviews The Ins and Outs of Gay Sex: A Medical Handbook for Men

We found 7 Reddit comments about The Ins and Outs of Gay Sex: A Medical Handbook for Men. Here are the top ones, ranked by their Reddit score. 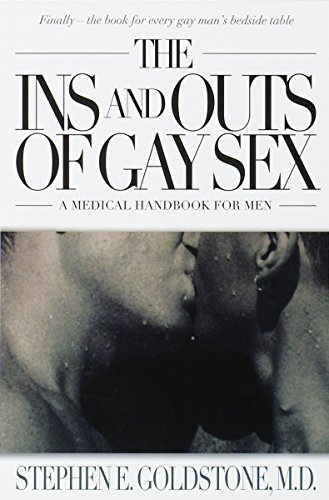 7 Reddit comments about The Ins and Outs of Gay Sex: A Medical Handbook for Men:

Also douching isn't a requirement, just a preference, and incorrect douching can lead to colon problems. ""I usually tell patients to just put a towel down on those fancy sheets and go for it," said Dr. Stephen Goldstone, an assistant clinical professor of surgery at Mount Sinai Hospital and a specialist in anorectal disease and gay men's health. Goldstone is the author of The Ins &amp; Outs of Gay Sex: A Medical Handbook, so he knows a thing or two." (https://www.vice.com/en_ca/article/59zq3x/gay-guys-youre-douching-wrong). If they felt comfortable with each other, maybe they would be fine without douching.

But agreed that a show that's supposed to be about being sexually open should be equipped for all sexual preferences.

You seem smart enough to have these things figured out on your own, but just for your general edification, consider sitting down with some trustworthy old queens to have "the safer sex talk" that your parents probably never gave you. The basics are:

If you're at all interested, there's a great book by Dr. Stephen E. Goldstone called The Ins and Outs of Gay Sex, which will teach you a lot.

I have a few thoughts on being a Gay-friendly. I'm not speaking for any of the other letters in LGBTQ because I can't.

I think the most important thing you can do is be courteous and non-judgemental about a patient's sexual history. Sometimes even in a liberal place like where I live I get the evil stare when talking about my sex life.

Next, butts. Butts are important for everyone and yet difficult to talk about. That's true for everyone, but both are doubly true for gay men. In fact, almost all the rest of this is about the butt.

I think gay men just tend to care about butts more than straight guys. Men are attracted to other guy's butts. If they're bottoms, it's a sexual organ. But even if they're a top they'll still care about their butt more than the average straight man.

A procedure that might leave a scar may cause a gay man more distress than it might a straight man. A condition that affects his butt may also cause distress. Gay men might freak out more about butt problems than straight men because they may have probably been told about all the awful diseases they'll get if they ever engage in any sexual acts. So take their concerns seriously when someone thinks their hemorrhoid means they have AIDS.

More to the point, a gay man is very likely to have been told at some point in their life that their sexual activities are wrong and sinful. So it may be more difficult for them to talk about due to the shame they feel.

You need to know about butt problems that are both common to everyone and common to gay people. Straight men get hemorrhoids and so do gay men. But the gay man is more likely to assume that the hemorrhoids are a result of his sexual activities even though it isn't. Then there are things that gay men get that straight men don't get. Like rectal STDs.

The ins and outs of gay sex

I bought it through Google so I could read it on my phone.